Robbie “Ruthless” Lawler put an exclamation point on his busy 2014 campaign by squeaking out a split decision over Johny Hendricks to win the UFC Welterweight title.

Saturday night, Lawler (25-10) edged the defending champion Hendricks via split decision at UFC 181 inside the Mandalay Bay Events Center. Judge Sal D’Amato scored it 48-47 for Hendricks, while judge Marcos Rosales had it 48-47 for Lawler. Judge Glenn Trowbridge had the bout which could have gone either way 49-46 for Lawler. Source.com scored the 170-pound title fight 48-47 in favor of Hendricks.

“Really amazing journey,” Lawler said after the bout. “There are a lot of guys behind me. Thanks to the fans. This wasn’t easy.”

It wasn’t always pretty. The sequel between Lawler and Johny Hendricks failed to live up to the expectations the original at UFC 171 created. The first bout saw a combined 308 signature strikes landed between the two of them. This one, a more technical fight only saw the two welterweights land 227 combined.

Hendricks (16-3), who fought Lawler with an injured right biceps in March, turned to his wrestling early. He drove Lawler into the fence repeatedly, dropping on one single leg takedown after another to win the takedown category 5-0. After scoring a takedown in the first round and not doing much with it, Hendricks took Lawler down and hopped on a guillotine attempt at the end of the second round. The choke looked tight but Hendricks ran out of time.

“I thought I did pretty good the first three (rounds),” Hendricks said. “In the fourth round, I started slowing down a little bit. But you can’t take nothing away from Robbie. What did I say the whole time? He’s a tough fighter. He’s a guy that you’ve got to put away. I wasn’t able to do that tonight, and the judges gave it to him.”

With his longtime mentor Pat Miletich pleading for him to let his hands go, Lawler grew a little more active in the fourth round. At the end of the round, Lawler sprawled on a Hendricks single leg and threw a series of hard punches to Hendricks’ body as he was content to turtle and wait for the end of the round. The unanswered sequence, which lasted about 15 seconds, drew a loud response from the crowd.

With about a minute left in the fight, Lawler threw kicks and punches to the body that sent Hendricks reeling backwards which won him the round and the UFC Welterweight Championship. According to the stats, 73 of Lawler’s total strikes landed came in the fifth round.

In the co-main event Anthony “Showtime” Pettis (17-2) put the Lightweight division on notice that it’s going to take a bad man to take the belt away from his waist. Pettis stunned the challenger Gilbert Melendez (22-4) with a hard shot and grabbed a guillotine choke which forced Melendez to tap out for the first time in his career. Melendez joins the elite growing list consisting of Benson Henderson and Donald Cerrone to be dispatched by Pettis via knockout or submission. “I just showed the message right there,” Pettis said. “The No. 1 guy in the world [and I finished him in] two rounds.” 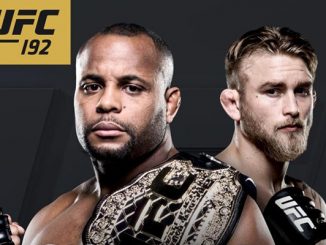