UFC Women’s Bantamweight Champion Ronda “Rowdy” Rousey needed only 16 seconds to beat Alexis Davis (16-6) by TKO in the first round in the co-main event of UFC 175. With the victory, Rousey (10-0) has now successfully defended her bantamweight title six consecutive times, proving to the world once more why she’s the baddest woman in the UFC today.

“It just seems that whatever I’m working on in training camp I have implemented effectively in the fight,” a relaxed Rousey said. “As soon as I opened her up with the jab she was definitely rocked and probably out so I thought to myself it’s time to throw her and finish. I followed up with the short shots on the ground but it was over well before that.”

The only time Rousey would be under any pressure on the night was in her post-fight interview with UFC commentator Joe Rogan.

Rogan asked if she might be willing to fight again in three weeks at UFC 176, in order to help fill the gap left by the cancelled Jose Aldo vs. Chad Mendes featherweight title rematch. Rousey explained she’d rather go through with a planned knee surgery and get some rest instead but, willing to do whatever the UFC wanted her to do.

Having his star women’s champion put on the spot, did not sit well with UFC President Dana White.

“I wasn’t upset with Joe Rogan, I was upset with the truck telling [Rogan] to tell Ronda that she’s going to fight again,” White said in the post-fight press conference. “That wasn’t true. That was some [expletive] that somebody made up back there.”

For the time being, Rousey will ride into the sunset and allow her right hand, which needed nine stiches due to a cyst bursting during the fight, to heal. Our best bet we’ll see Rousey in the cage again will be on the New Year’s Eve card after she allows her hand to heal, has her knee surgery and takes some time off.

In the other co-main event, Chris “The All-American” Weidman defeated Lyoto “Dragon” Machida by unanimous decision. The Fight of the Year-type bout earned both Weidman and Machida the Fight of the Night bonus award.

With the big victory over another probable future Hall of Famer, Weidman (12-0) can stake claim as the true kingpin of the 185 pound division.

Machida (21-5) turned the fight around in the fourth — which proved to be an instant candidate for round of the year.

A left kick to the body got things started for Machida, and he finally landed the left hand he had been searching for moments later. Stunned, Weidman’s hands fell as he retreated, which Machida capitalized on with a right hook.

Weidman began to bleed from the mouth and seemed totally fatigued.

“Maybe I should have started quicker,” Machida said.

The final round went back and forth, as Machida, who might have sensed he needed a finish, aggressively kept coming forward. He defended Weidman’s takedown attempts well in the last two rounds, but gave up a big one with 1:30 left.

With the victory, Weidman will most likely face Vitor Belfort in his third title defense towards the end of 2014. Belfort (24-10) had earned a title shot earlier this year at UFC 173 but was removed from the card when the Nevada State Athletic Commission banned testosterone-replacement-therapy (TRT), which Belfort was on at the time.

Kendrick Johnson writes for a daily newspaper and is an independent print journalist and sports television reporter who has covered the NBA Finals, championship boxing and UFC Fights as well as numerous interviews with some of the biggest names and personalities in sports. He can be reached at kendrick_e_johnson@yahoo.com or on Twitter @kendrickjohnso 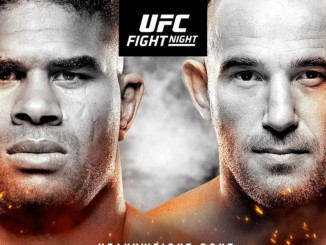 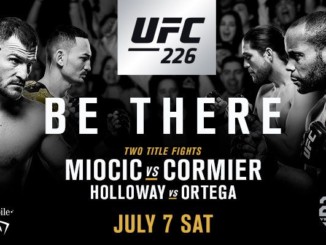 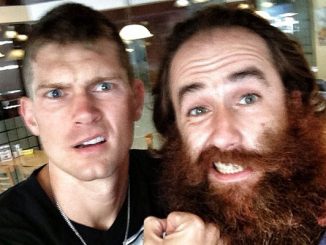