1992 was quite the year for the Dallas Cowboys!

You may recall that 1991 ended with an ugly 38-6 road defeat inside the Silverdome and the Detroit Lions. A loss that left an ugly taste in the mouths of many of the Silver and Blue players and fans alike.

Many people, myself included, believed that 1992 would be the year the Cowboys would end a 15 year drought when the season was over. And why not?

A look at the offensive starting lineup that year featured six Pro Bowlers beginning with Troy Aikman at Quarterback, Running Back Emmitt Smith had come into his own that season. Playmaker and Wide Receiver Michael Irvin your right Wideout. Mark Stepnoski at Center, Nate Newton at Guard.

A trip to Tokyo was first on the docket August 2nd of that 1992 exhibition season. The 1st of two meetings with the Houston Oilers. The rematch was back in Irving on August 15th. Both games won by Houston 34-23 and 17-16. These games didn’t count as Jimmy Johnson was biding his time and getting his set pieces ready to play come the regular season.

A homecoming of sorts was in place when Dallas won in Miami before 50,000 fans 27-24. You may recall JJ won a title when coaching at ‘The U’. The Cowboys finished out the exhibition season with two home games in six days August 22nd and 28th against the Broncos and the Bears. A split with scores of 17-3 and 13-20.

Six days later the Silver and Blue would roll into the Meadowlands and outlast the Giants in a shootout 34-28. The offense resembled a well oiled machine while the defense was still finding itself. A home win September 20th over the Cardinals gave the Cowpokes a 3-0 record going into the bye.

October would begin on a Monday Night with a slight thud in the city of Brotherly Love as Randall Cunningham and key turnovers would not work out in Dallas’ favor. Hence a 31-7 defeat to the Eagles to fall to 3-1. That was the only blotch in the month as the Cowboys rebounded nicely with a Columbus Day Weekend 27-0 blanking of the Seahawks, home win over the Kansas City Chiefs 17-10, and a road win at Los Angeles on October 25th over the Raiders 28-13 in front of 91,505 screaming crazies. Emmitt Smith absolutely put a beating on the L.A. secondary that afternoon. Most of the screaming was for Dallas I later learned.

As a resident of Orange County at the time I quickly learned how great the Silver and Blue love extends outside of Texas. But I digress.

November began on All-Saints Day and an extraction of revenge with a 20-10 victory over the Eagles in Irving to improve to 7-1. It was then time for a return trip to the Motor City to eradicate an awful taste that was placed before the franchise earlier that January.

Over 74,000 Motowners and a nationwide audience saw the Cowboys get to 8-1 with a 37-3 spanking as many a so-called expert were now making the decree the Cowboys could be Super Bowl bound. Jerry Jones says it yearly now. 21 years ago you could see the proof on the field.

You could understand if that Detroit victory took something out of their sails as the Rams came to Texas on November 15th and pulled off a 27-23 road win. This despite a Kelvin Martin 74-yard punt return for a touchdown early in the match. His second that season as Martin unleashed a 79-yarder on the Redskins on Opening Night.

The 8-2 Cowboys then made a road trip to the desert to battle the Cardinals and barely escaped with a 16-10 victory on the Sunday before Thanksgiving. There has been Turkey Day games each year in Dallas since 1966 except for 1975 and 1977 (St. Louis). November 26th marked the only time the Cowboys and Giants have met on this holiday. Aikman, Harper, Irvin, and Emmitt rolled over New York 30-3. A 26-yard Russell Maryland fumble recovery for a touchdown the highlight of that game!

A 3-0 September, a 3-1 October, a 4-1 November and now December. A month that has not treated the Silver and Blue well since the millennium.

December 6th it was Dallas winning a wild one against the Broncos in Denver 31-27. The following week in Washington DC the Redskins would stave off a late game rally try for a 20-17 victory on December 13th. A third Monday Night game took Dallas to Atlanta on a night Emmitt Smith bounced off linemen and would be tacklers in a 41-17 throttling of A-town. The Sunday after Christmas Dallas closed out the regular season 27-14 over the Bears.

The Divisional Playoff game was played in Irving on January 10th 1993. A game Dallas won handily over Philadelphia 34-10. Next week it was off to San Francisco and a rival that they had met numerous times in the playoffs for the right to get to the big dance.

January 17th would be remembered as the first time two road teams would successfully defeat their opponents-Buffalo by a 29-17 count in Miami-while Dallas would ease past the 49ers and Steve Young after a nice long 3rd down completion Troy Aikman to Alvin Harper to give the Cowboys a tough 30-20 road win in wet and soggy Candlestick Park.

January 31st, 1993 would be a day that would live in infamy for the fans of the Dallas Cowboys. In the same vein that the defense created many a turnover much like the Bears of 1985 one play that will always be remembered was one that should have given Dallas the biggest and greatest Super Bowl margin of victory ever, except for Leon Lett acting like DeSean Jackson and the efforts of Don Beebe in a 52-17 blowout of the Buffalo Bills.

After the second period Jim Kelly taken out with a bad leg injury. Frank Reich took over with no miracle replays of January 3rd when the Oilers blew a 32 point lead in Buffalo, NY.

Very little was in question that Super Bowl Sunday until half time entertainment commenced in Pasadena. Was that Michael or Latoya Jackson performing? I jest, it indeed was Michael Jackson.

It had taken 15 years for the Dallas Cowboys to claim their 3rd Super Bowl title. Who remembers Michael Irvin and some of the other players laying the Gatorade on Jimmy Johnson and messing up his hair? That was a funny moment.

What was even more telling was how Dallas amassed 409 points in 1992 while allowing only 243. Only in the 4th quarter would teams outscore Team Jimmy 85-51.

After that Super Bowl run it was surmised that perhaps a dynasty was in place for the Dallas Cowboys. The 90’s indeed were a hell of a decade for America’s Team. Sadly a winning turnaround led to some ego clashes and personnel switches which led to what may have been a costly player loss that would deny the Cowboys a chance at four straight Super Bowl trophies. Another story for another time.

Great four year turnaround by Jimmy Johnson. If only he could have seen it through to the end without needless meddling. 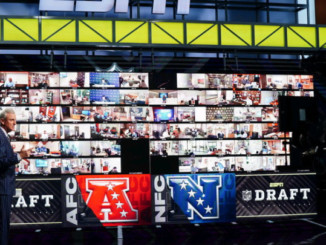 Is Everything Finally Catching Up?

Houston Astros: It Was A Very Good Year