This season of SMU Football, deserves a new, fresher way of recapping the games. Rather than the drooling, boring full recap of a play-by-play, I’m going to highlight three moments in the game that were most crucial to the outcome.

A Summary of the Temple Game: Final Score: Temple 60 – SMU 40
The Temple Owls gave up more points to these SMU Mustangs, than they have against anybody all season. An accomplishment, no doubt. The Mustangs offense started flat, and on the defense’s first opportunity, they gave up a new Temple school record for longest rush. However though, this team got down early, they came back to take a lead in the second quarter. The Mustangs gave the lead back with under half a minute left to go in the first half, which has now become a SMU staple to their game. The Owls used a fake punt on their first drive of the second half to spark them to an eventual touchdown, but the pesky Mustangs refused to shy away, eventually pulling within five in the fourth quarter. This team has showed great fight over the last two weeks, and could really use a full game effort when they visit the Naval Academy next week, to play the Midshipmen.

The Big Three
#1: Second and Nine from the Temple 6 yard line: Full game to this point. Temple kicks a dirty chopper from the beginning and SMU gets the ball at the 42 yard line. The Mustangs move quick, but smoke themselves out with a sack on their fifth play, a third down, so a chance to play the field position game. A solid punt parks Temple back on their own 5, and on first down, they run straight at the middle and gain a yard. Second down, totally different story. Basically the same play, but the seam was found for daylight. 94 yards of open field and hash marks until running back Jager Gardner reached the end zone for a burst-of-the-bubble run on Temple’s second offensive play. Score at this point: Temple 7 – SMU 0.

#2: Second and Four from the SMU 49 yard line: After the SMU defense forced their second straight three-and-out, the Mustangs needed to get more than a field goal out of their next possession or else the Owls could start to pull away. After a pretty sweet all-hands catch by Xavier Bastille on first down, the Mustangs would dig for a gadget play for a spark. Davis threw the ball back to Courtland Sutton on the left side, and he threw a dagger towards Braeden West, going up the right side of the field. Cornerback Sean Chandler was right under the pass, until West sharked the ball right from his grasp and adjusted to get more yards from the play, rumbling for a play total of 45 yards and it was a giant explosion of a momentum. Two plays later, Matt Davis walked straight into the end zone to cut the lead to four. Score at this point: Temple 14 – SMU 10.

#3: Fourth and Five from the Temple 6 yard line: On the last SMU possession, after making it to midfield, Matt Davis threw three straight incompletions of escalating bad quality. But, with a punt downed at the Temple one yard line, the hope was for a stop then a boo-boo punt from the Owls. The stop happened, and the punt came, however, with a holding penalty in the end zone, the Mustangs scored a safety and were then down twelve points, with the ball coming their way. The ball gets kicked from the 20 yard line and Braeden West caught the ball at the other 20 and him and his army of blockers cleared a maze for him to negotiate through and got his team into the endzone and within five points of the upset, with a hair over eight minutes left in the game. Score at this point: Temple 45 – SMU 40. 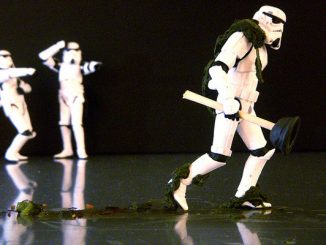 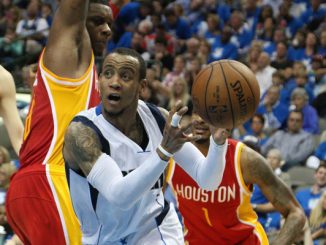