After winning three must-win games in a row, the Tampa Bay Rays will start a series with the 97-win Boston Red Sox today. This will be the first series against the two teams since the Rays won to advance to the ALCS in 2008.

Boston has a 32-25 record against the AL East, including 12-7 against the Rays. Their dominance this season is attributed to their lineup. The led the major leagues in both runs, 853, and on-base percentage, .349. The addition of Mike Napoli in the offseason has paid dividends. He is second on the team with both 23 home runs and 92 RBI. David Ortiz, Dustin Pedroia, and Daniel Nava will all be hard to deal with for the Rays pitchers.

Since the teams are so familiar with each other, the Red Sox know that the Rays are more than capable of winning a short series. Evan Longoria is heating up at the right time, and Delmon Young has seemed to carry over his postseason hitting that he started with the Tigers last year. The key will be Joe Maddon keeping his team’s fighting spirit alive. They are carrying a 3-game road win streak in must-win games. Now that they have some room for error, will they lose their intensity?

Red Sox will start right-hander Jon Lester for Game 1. John Lackey and Clay Buchholz will start games 2 and 3. If it goes four games, Jake Peavy will go. Their rotation has seen their share of playoff games and the experience should really help.

All-Star pitcher Matt Moore (17-4, 3.29 ERA) will start Game 1. He is 2-0 against Boston in two starts and only gave up three runs in 15 innings. David Price, after pitching a full-game against the Texas Rangers, will take the mound for Game 2. Chris Archer, Jeremy Hellickson, and Alex Cobb will be available later in the series.

In short, the Red Sox will be under the pressure to back-up their great regular season with a series win. The Rays will need to continue their all-out approach from the last three games to win the series and advance. 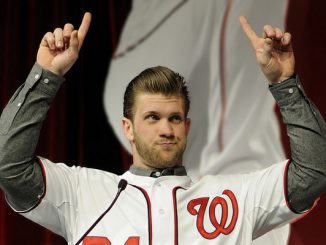