The old adage of “offense sells tickets, defense wins championships” will be on display when Super Bowl XLVIII between the AFC champion Denver Broncos and the NFC champion Seattle Seahawks kicks off Sunday at 5:25 p.m. at MetLife Stadium in the Meadowlands.

Taking this year’s Broncos out of the equation, the eight highest-scoring teams in NFL history all failed in their attempts to hoist the Lombardi Trophy. After all, who can forget the 2007 New England Patriots who scored 36.8 points a game and had a perfect 16-0 regular season only to fall in the Super Bowl to the mighty New York Giants and their dominating defense. In 2003, Jon Gruden’s Tampa Bay Buccaneers and their top-ranked defense destroyed the offensive juggernaut Oakland Raiders led by Rich Gannon, Jerry Rice and Tim Brown, 48-21.

The Broncos averaged an NFL-record 37.9 points a game, in the process becoming the first team in league history to top the 600 point-mark  in a season. As fate would have it, the Seahawks are No.1 in most defensive categories.

In honor of the third time that the top ranked offense will battle the best defense, let’s take a look at the Broncos offense led by legendary quarterback Peyton Manning. Manning has a plethora of weapons including five wide receivers with 60 or more receptions in 2013 and four who recorded ten or more touchdowns. The receiving corps, led by Demaryius Thomas, Eric Decker and Wes Welker will get to tangle with the Seahawks physical secondary including cornerbacks Richard Sherman, Byron Maxwell and Walter Thurmond and safeties Earl Thomas and Kam Chancellor. The AFC title game saw the Broncos run out multiple four-receiver sets while checking down to running back Knowshon Moreno and tight end Julius Thomas. Also of note, the Broncos offensive line allowed the fewest sacks in the NFL this season while the Seahawks defense recorded 47 sacks.

Denver’s defense practically shut down the Patriots offensive attack led by Tom Brady in the AFC title game. The defensive line, headlined by Shaun Phillips, Robert Ayers and Terrance Knighton, will be assigned with containing Seahawks quarterback Russell Wilson and running back Marshawn Lynch. Granted, Wilson is more mobile than Brady, but has looked a little erratic  down the stretch including a fumble on Seattle’s first snap in the NFC title game against the 49ers.

While the Broncos effectively shut down Patriots powerful running back LeGarrette Blount, Lynch is considered by many to be the best power runner in the NFL. On Showtime’s Inside the NFL, Pro Football Hall of Fame running back Marcus Allen summed up the Seattle strategy, “The running game is the only thing that makes your opponent surrender.”

The Broncos secondary, led by cornerbacks Champ Bailey and Dominique Rodgers-Cromartie, held Patriots receiver Danny Amendola without a single catch in the conference championship and kept Julian Edelman from reaching 100 receiving yards. In the Super Bowl, their task will be to contain receivers Golden Tate, Doug Baldwin, Jeremy Kearse and TE Zach Miller.

Turn Back the Clock: The 1985 Dallas Cowboys 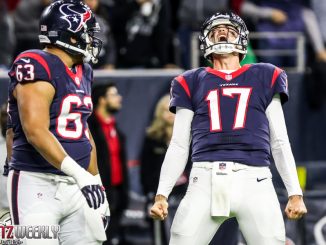