Nevada Wolf Pack (7-5)
The Wolfpack are lead by QB Cody Fajado seeking the teams eighth win this season. Cody could be the first ever quarterback to lead the FBS with 2,000 passing yards and 1,000 rushing yards. He leads a Wolfpack attack that has a huge head of steam with 408 rushing yards in their last game. The Wolfpack leads the nation with points off of turnovers with 13.25. 15 seniors will play their final game along with their captain Senior quarterback Cody Fajado.

Louisiana-Lafayette Ragin’ Cajuns (8-5)
Coach Mark Hudspeth leads a wide open offense that loves putting big points. His general on the field is Terrance Broadway a three year starter and 2012 R+L Carriers New Orleans Bowl MVP. The Ragin Cajuns have won their last seven of eight games behind the heady play of their veteran quarterback. Also keep an eye on Elijah McGuire who is the Sun Belt Conference Player of the Year. He’s rushed for 1,165 and 14 touchdowns.

Prediction: Both teams boasts of high powered offenses but shaky defense at times especially in the red zone. My prediction is Ragin’ Cajuns 35 – Wolf Pack 21 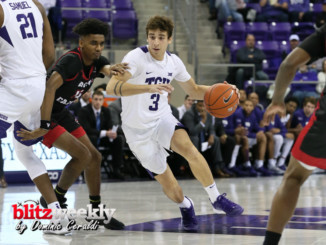