Doesn’t April seem like a whole season ago for your Texas Rangers? The Rangers are turning their 7-14 record in April to a winning month of May (16-11 record so far this month). So what are the Rangers doing different? Well, surprisingly not that much. There are still key injuries (Harrison, Holland, Rua and the list goes on) and struggling star hitters, like Elvis Andrus and Leonys Martin. They’re still missing a consistent second baseman and still don’t have a consistent 5-man starting rotation. Yes, Josh Hamilton is back but his return is still in the early stages and he has yet to have a major impact in the lineup. However, the batting is starting to get hot and at the same time, the “bullpen by committee” tactic is working and Nick Martinez and Prince Fielder are among the league’s best at their positions.

Middle of the Lineup is getting it done
Shin-Soo Choo, Beltre and Prince are stamping their place as the hitting leaders in the lineup. Prince was the only consistent bat in April leading to solo home runs and stranded doubles. In May, Choo/Delino DeShields are getting on base which translates to RBIs by timely Prince and Beltre hitting.

Beltre is doing his job, being a protector at the four spot for Prince. With the resurgence of Prince, it’s important for the bat behind him to produce when Prince gets intentionally walked or gets a double and Beltre is doing that. If Beltre can keep hitting and stay healthy, this lineup turns into one of the league’s best.

Fielder is on fire. He is leading the league in batting average, second in RBIs and top ten in home runs and slugging percentage. He’s hitting with power and he will capitalize on pitchers’ mistakes. It appears the neck surgery seems to have no lingering thus far.

New Ace and Bullpen shake up
Okay who had Nick Martinez as their top 10 fantasy pitcher? Martinez finally saw his first loss Thursday against the Red Sox where he got zero run support after only allowing two earned runs. His 2.03 earned run average is top five in the league and he’s posted three earned runs or less in 16 straight games that dates back to his last six games last season. He is the Rangers most consistent pitcher this season thus far.

However I say that sparingly because the bullpen is keeping this team afloat. The Rangers are a couple weeks into the Banister “bullpen by committee” and it’s working. Neftali Feliz forced this shakeup but he has found a new spot as a seventh to eighth inning set up man but he could also close a game too. Same goes for every pitcher in the bullpen. We’ve seen Shawn Tolleson, Ross Ohlendorf and Tanner Scheppers close out games. This bullpen was looked at as a strength before the season started and as long as it doesn’t get over used, it will remain a key to the Rangers’ success.

It’s hard to tell how or where the Rangers will finish at the end of the season with nearly two opposite months putting them right at mediocrity. However this division is wide open and the Rangers are still in the mix. With injured players looking to return soon, such as Matt Harrison, Derrick Holland and Martin Perez (Holland and Perez after the All-Star break) this team can stay relevant in the American League’s worst division. 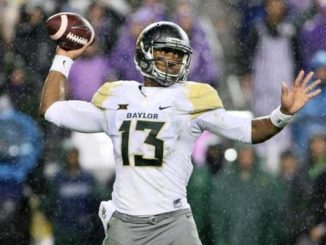