If someone had said that the Dallas Mavericks would go 3-1 this past week with their only loss coming from the New Orleans Pelicans, they would have been labeled ludicrous. But, that’s exactly what happened.

The Mavs now find themselves rolling on a three game win streak. Two of those wins came against Western Conference powerhouses including a massive victory at home against DeAndre Jordan and the Los Angeles Clippers and on the road against James Harden and the Houston Rockets. In the win against Houston, Dirk Nowitzki, Chandler Parsons and Wesley Mathews did not play. Once again, other players rose to the occasion for the Mavs like they have been so far this season.

Zaza Pachulia, Dwight Powell and Raymond Felton have been the three biggest pleasant surprises for Dallas. Powell and Felton were considered “throw-ins” when the Mavs acquired them in trades with New York and Boston and Pachulia was a scramble trade after DeAndre Jordan backed out of his verbal agreement in free agency. He is averaging a double-double so far with 10.7 PPG and 10 RPG and brings heart and energy that this Mavs team needs.

Powell brings those same qualities while playing the back-up power forward and center positions while JaVale McGee remains out. He is currently third on the team in scoring with nearly 11 PPG.

Felton poured in 23 points (15 in the 4th quarter) against the Rockets and received high praise from Coach Rick Carlisle after the game. “Looking at the plus-minus, he may be our most productive player this season.”

Now the Mavs need to focus their attention to this week where they embark on a two-game road trip out east to face the Philadelphia 76ers and the Boston Celtics.

The 76ers are absolutely awful. Winless at 0-10, this should be an easy victory for Dirk and company. Their first round pick, Jahlil Okafor is the guy the Mavs could possibly have problems with. The 19 year-old has looked fine so far in his young rookie season averaging 19 PPG and nearly 2 BPG.

The following game against the Celtics is another winnable one for Dallas where they will face one of their former players that was sent off to Boston in the Rondo/Powell trade last season, Jae Crowder. Five-foot-nine guard Isaiah Thomas will be the guy to look out for, though. Thomas is a quick, crafty player and leads the Celtics in scoring at almost 21 PPG and assists with 6 PPG.

Dallas then returns home for one game against the young and talented Utah Jazz. The best player for the Jazz is Gordon Hayward. The six-foot-nine small forward can score in many different ways and is a tough guard for any NBA defender. This Jazz squad has many quality players in Alec Burks, Trey Burke, Derrick favors and the “Stiffle Tower” Rudy Gobert.

The week finishes off against the star studded Oklahoma City Thunder who should have Kevin Durant back from injury. Durant has been out with a minor hamstring injury and we all know what the 2012-2013 MVP is capable of doing on the court when healthy. Along with Russell Westbrook who is a walking triple-double, Dallas will definitely have its hands full. Westbrook has recorded a triple-double in each of the last two games for the Thunder and is known as one of, if not the most, explosive player in the entire league.

Who knows, if the Mavs can snag two “should-win” games against Eastern Conference opponents to open the week, then take care of business at home against an average Jazz squad, Dallas could head into Oklahoma City at 9-4 and a head of a steam. But, take the winless Sixers too lightly and Dallas could be heading into the wrong direction with more tough Western Conference games looming the following week. 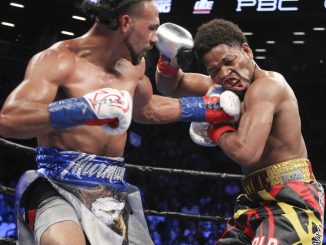 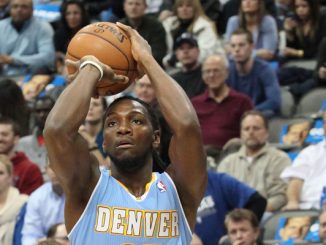