You may recall how last Monday night in Chicago when the Dallas Cowboys jumped out to a 7-0 lead many friends who are fans turned off the television, confident that victory was in the grasp and first place was to be had.

Wrong! Especially after the Bears were a perfect 8 for 8 in the game on possessions in a 45-28 home win.

Understand that what these eyes saw Sunday in Arlington for the first half of play: an absolute and thorough domination of a team who had not won in Dallas/Arlington since 1989!

Jimmy Johnson’s first year as Cowboy coach en route to a 1-15 season. That was the year of Don Majkowski aka ‘The Magic Man’.

Aaron Rodgers never won here (Super Bowl visit aside) and Brett Favre in the 90’s only struggled. Odder still it seems each time these two teams hooked it up something amazing was about to go down.

1/1/67: a 34-27 game at the Cotton Bowl where the Cowboys were five yards away from a game tying score…only to be nullified by an illegal procedure call on John Niland and a subsequent pickoff on Don Meredith. Heartache.

12/31/67: the Ice Bowl Game where Dallas went to Green Bay and made a game of things in 13 below weather as Bart Starr followed the back of Jerry Kramer and snuck in for a 21-17 victory in the final moments at Lambeau Field. Utter frustration and frostbite!

10/19/75: Texas Stadium with a 4-0 Cowboy team loaded with rookies meeting an 0-4 Green Bay team. John Hadl would outduel Roger Staubach in a game marred by turnovers and strong special teams by Green Bay. Five turnovers by the Silver and Blue led to a furious 4th quarter finish and a 19-17 victory for the Pack from the foot of future Giant Joe Danelo.

11/24/94: Jason Garrett pressed into service at QB on Thanksgiving Day as Troy Aikman was injured. Garrett had a game to remember throwing for 311 yards while Emmitt Smith ran for two scores and snagged a 68-yard reception in a 42-31 victory over Green Bay.

11/29/07: A Thursday night to remember for those who had access to the NFL Network. Tony Romo and Aaron Rodgers had a nice little slugfest in which the outcome was never in question. Patrick Crayton was Tony Romo’s release valve with two scores as the Cowboys cruised into halftime with a 27-17 lead, going on to win 37-27. With the win the Cowboys were 12-1 with a clinch of the East. It was all downhill after that with Jessica, that Cabo trip, and a home loss to the New York Giants.

11/07/10: Wade Phillips’ last game as Cowboys coach. The Cowboys were absolutely manhandled and embarrassed on a Sunday night in Green Bay 45-7 without Tony Romo and Jon Kitna at the helm. Dallas fell to 1-7 after this loss, Jason Garrett took over as coach and finished out the year 5-3 in 2010. 23-23 since for an overall record of 28-26.

Which takes me back to Sunday….

SOMETHING told me, ‘DO NOT turn off your television!’ So I kept it on and kept watching. Dallas set a record for total yards in a first half ever with 332 to Green Bays 132. DeMarco Murray ran for almost 100 yards in the first half alone, Sterling Moore had a key pick and some key stops. Packer backup Matt Flynn could not get his bearings going at all.

The score at the half was 26-3 Cowboys and the margin could have and should have been higher as playing inside the Red Zone led to Dan Bailey’s handy foot.

Second half begins and Green Bay gets a 60-yard burst from Eddie Lacey. Packers scored in four plays to reduce the deficit to 26-10. Matt Flynn would proceed to toss four touchdown passes in the second half as the Pack scored on all five possessions highlighted by an Eddie Lacey leap into the end zone for an improbable 37-36 defeat of the Silver and Blue before 91,054 stunned fans.

The Packers made some much needed adjustments and outgained Dallas in the second half 301-134.

“We didn’t get it done in the second half and that’s on everybody,” said head coach Jason Garrett. “None of us got the job done. We have to live with that reality.”

“It took everything not to cry,” said Packers coach Mike McCarthy as he won his second straight game by a point. “I’m just drained. Just the sheer emotion. It was incredible.”

McCarthy may be drained but poor Dallas got pained by a couple of crazy scenarios.

1. Only seven times running the ball in the second half including one possession that began at their 20 and ended on their two on three straight pass plays taking only a minute off the clock. Why did the Cowboys abandon the run when Murray averaged 7.6 yards a carry?

2. Time and again Tony Romo has proven to do something inexcusable in the final two minutes of a game throwing not one but two interceptions that would prove to be costly for the .500 Cowboys (7-7). Why did Romo opt to not run a running play and get picked off at crunch time-AGAIN?

3. Why was Dez Bryant not thrown to in the final minutes of the game? Was it the five drops he had on primary tosses?

4. Bill Callahan calls the plays offensively and you can make the argument that perhaps the play calling is too conservative. Anyone else notice the jawing going on with Garrett, Witten, Romo, and Murray as the game wound down?

5. Dez Bryant walking off the field with 1:21 left in the game. Inexcusable in my book. I’d love to see what Jimmy Johnson would have done if he were the coach.

This debacle of a collapse at home ranks in the “Top 5” of epic fails in Cowboys history. Talk all you want about a depleted defense. Where was DeMarcus Ware? Has Coach Garrett’s mantra begun to fall on deaf ears? For being last in defense and having allowed 30 points in a game seven times in 2013 how on God’s green earth have the Cowboys lost four games by a total of six points?

Many a pissed off Cowboys fan. The venom now aimed at Jerry Jones now magnifies.

“Obviously, if Philadelphia would have won today, it would have been an even worse feeling if that’s possible,” Romo said. “You go out and win the next two games, and I think ultimately this game will be a little easier to swallow. But right now, it’s not, and it won’t be for a while.”

Tony Romo threw for 358 yards on 29 for 48 passing with two interceptions while Matt Flynn collected 299 yards on 26 of 39 throwing. Eddie Lacey rushed for 141 yards with Green Bay doing no wrong in the second half.

Dez Bryant had himself a big game in the loss with 153 receiving yards on 11 catches and a touchdown (first 3rd down conversion of the game) while Jason Witten scored a touchdown with 71 yards on four catches. Sadly another example of too little too late.

Touchdown passes to James Jones and James Starks were among the five second half scores enjoyed by Green Bay amidst a partisan crowd adorning the green and gold and cheeseheads.

All told the Minnesota Vikings gave the Cowboys a silver platter for a chance to secure first place on the heels of a 48-30 beating without AP and Christian Ponder. The Cowboys could not capitalize before the home crowd.

The injury bug continues to hound the defense as Justin Durant and Ernie Sims suffered ouchies and would not return in addition to no Bruce Carter nor Sean Lee.

Next week it’s off to Washington to play the Redskins. It won’t surprise me if the Redskins run the ball down the Cowboys proverbial throat. If Dallas loses and Philly defeats the Bears the home finale will mean nothing and once again a season of perceived hope will be nothing more than mediocrity.

Who do you blame? The offense? The defense? Jason Garrett? Jerry Jones? Bill Callahan?

I blame them all. Now wishing I turned the television off. Unbelievable and inexcusable defeat. Mind-numbing, incredulous finish. Just run the damn ball next time boys! 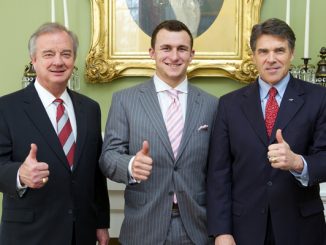