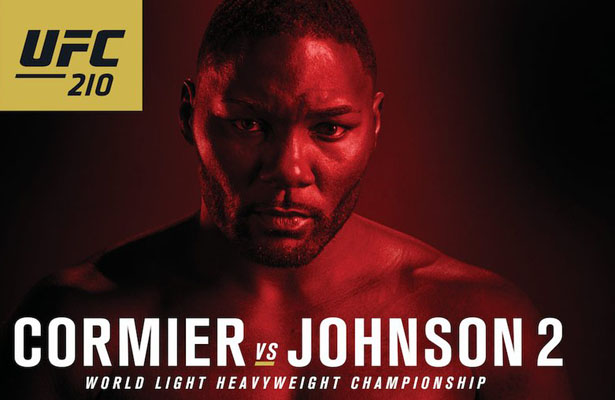 (C) DANIEL “DC” CORMIER (18-1-0) vs #1 ANTHONY “RUMBLE” JOHNSON (22-5-0)
This is a five-round main event for the light heavyweight championship. Cormier brings kickboxing, jiu-jitsu, and wrestling that has given him great striking and grappling control leading him to become the current champion. Johnson brings kickboxing and wrestling making him the deadliest striker in the division with 16 victories via knockout. Based on their first encounter the fight looks to fall in easy favor of Cormier with his Olympic wrestling that for sure was proven too much for Johnson as he is all standing with very little ground technique, which now looks to be heading in the same outcome as the first go around. But Cormier has stated he will not need to use his wrestling to win in the rematch and in that case Johnson is looking to be a great advantage with his knockout power that for sure knocked Cormier down early in round one in the first fight and if he could keep the fight standing then he most likely will have this fight in the bag. My prediction: Johnson wins via knockout in Round 2.

#4 CHRIS “THE ALL-AMERICAN” WEIDMAN (13-2-0) vs #5 GEGARD “THE DREAMCATCHER” MOUSASI (41-6-2)
This is a three round fight in the middleweight division. Weidman brings boxing, jiu-jitsu, and wrestling making him well-rounded in both standing and ground game that lead him to be a former champion. Mousasi brings boxing, kickboxing and judo making him a knockout striker as well as a hardcore grappler. As both of these extreme fighters bring their own deadly combinations into this fight the key will be decided on who is more efficient, which I believe Mousasi to be the fighter in this bout as his striking and hardcore grappling has made him one of the greatest standup and ground fighters in the sport and I am not sure Weidman will be able to stand up to that level of grappling and striking combination. However, with such a freak athlete Weidman has labeled himself as could prove to be more than Mousasi can handle with his hardcore wrestling that could very well challenge Mousasi and show him that he is not the only one who can make fights hardcore on the ground. My prediction: Mousasi wins via submission in Round 3.

CYNTHIA CALVILLO (4-0-0) vs PEARL GONZALEZ (0-0-0)
This is a three round fight in the women’s strawweight division. Calvillo brings striking and grappling which have given her a perfect record in her early career. Gonzalez brings striking and grappling, but since this will be her debut fight there is not much else known about her. With this fight containing two fighters who are not known well or even at all to the eye of the public this fight looks to go either way but since we have already seen how Calvillo performs she will most likely turn this fight into a grappling match and end it within the first two or three minutes of round one. Unless Gonzalez has great takedown defense and aggressive striking up her sleeve then I really don’t see this fight any more than a one-sided beating. My prediction: Calvillo wins via submission in Round 1.

THIAGO “PITBULL” ALVES (21-12-0) vs PATRICK “THE PREDATOR” COTE (24-10-0)
This is a three round fight in the welterweight division. Alves brings Muay Thai and jiu-jitsu giving him striking power and grappling control. Cote brings boxing, kickboxing, Muay Thai, jiu-jitsu, and wrestling giving him striking power along with grappling control and cardio. Since these fighters are almost identical in techniques the advantage could go to either of them, but I see Cote having a better chance of walking away with the victory from his more aggressive striking and a well-rounded ground game that might prove too much for Alves to handle. The only way I see Alves winning is to possibly find a way to end the fight within the first few minutes of round one with his grappling control that might be a little more than Cote can chew, but he must also be wary of Cote’s wrestling that is indeed no joke. My prediction: Cote wins via TKO in Round 3.

WILL “III WILL” BROOKS (18-2-0) vs #9 (FW) CHARLES “DO BRONX” OLIVEIRA (21-7-0, 1 NC)
This is a three round fight in the lightweight division. Brooks brings boxing, kickboxing and wrestling giving him knockout power with grappling control and cardio that have led him to become the former Bellator Lightweight Champion. Oliveira brings boxing and jiu-jitsu giving him striking power and extreme grappling control. From what both fighters bring I see Brooks taking this fight with ease from his striking power that Oliveira would probably not stand much of a chance against from his chin not being as tough as other fighters in the division. Unless Oliveira can somehow bring the fight to the ground and place Brooks in a submission hold I really don’t see this fight being much of a fight at all. My prediction: Brooks wins via knockout in Round 1. 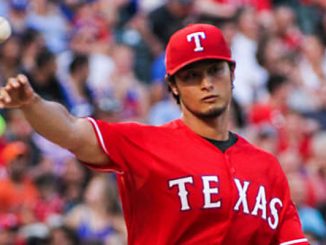 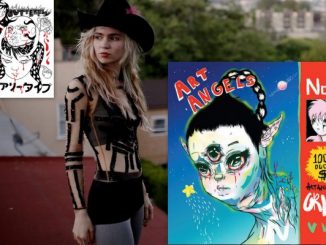 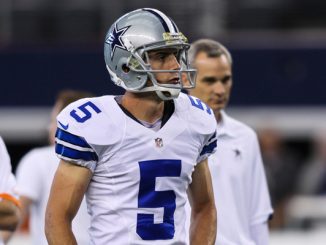