If you are a real UFC fan, it will be in your best interest to be at Mandalay Bay in Las Vegas this weekend. On Saturday night, Mandalay Bay will be the home of UFC 175, followed the next day by The Ultimate Fighter: Team Edgar vs. Team Penn Final.

The UFC’s Fourth of July weekend pay-per-view is usually headlined by one of the biggest fights of the year. This year it will be double the pleasure at UFC 175 as Chris “The All-American” Weidman (11-0) defends the UFC Middleweight championship he won against Anderson Silva 364 days ago against Silva’s “Black House” teammate Lyoto “Dragon” Machida (21-4).

“I remember watching Lyoto fight when I first was getting started and he was looked up to as a guy who could not be beaten.” Weidman said. “So come this weekend I’m expecting a really tough task and a war.”

In the co-feature Ronda “Rowdy” Rousey (9-0) will be putting her UFC Women’s Bantamweight championship on the line for the third time against Alexis “Ally-Gator” Davis (16-5).

Rousey will be fighting for the third time in eight months, and is coming off a spectacular knee to the body TKO win over former Olympian Sara McMann.

“I don’t want to be one of those who have a belt for a long time because they defended it as little as possible,” Rousey said. “I want to be an active champion.”

To keep from being Rousey’s next victim, Davis has chosen to train specifically for this fight at the “Team Alpha Male” gym in Sacramento, California. Alpha Male is the home of professional fighters such as UFC Men’s Bantamweight champion TJ Dillashaw,  fellow bantamweight contender Uriah Faber and UFC flyweight contender Joseph Benavidez.

“Training with Team Alpha Male has helped my wrestling, jiu-jitsu, and Muay Thai improve a lot,” Davis said. “It gives me that little extra to make myself that unstoppable fighter I know I can be.”

In the prelims, Faber will try to rebound from his loss to former Bantamweight Champion Renan Barão at UFC 169 when he takes on Alex Caceres. Faber is 6-3 in the UFC and undefeated in non-title matches.

On Sunday, former UFC Lightweight & Welterweight champion of the world B.J “The Prodigy” Penn returns to the octagon for the first time since a one-sided unanimous loss to Rory McDonald which took place on December 8, 2012. Penn returns to the cage to take on rival Frankie “The Answer” Edgar who has beaten Penn twice for the lightweight championship.

The losses to Edgar ate away at Penn so much, he was willing to make the drop to featherweight to avenge them. This will be Penn’s first bout in the freshly formed 145 division.

At 35 years old, Penn isn’t the youngest fighter in the world, but he isn’t so advanced in age that a good performance seems out of the question.

“It’s not really an emotional thing, but I’ve seen that he really wants to make me retire,” Penn said on the pre-fight conference call. “And how am I going to feed myself and feed my kids if I retire? But I’ll remember that next Sunday when we step in the ring.”

Before Penn and Edgar step into the cage, Team Edgar’s Matt Van Buren will take on fellow teammate Corey Anderson and Dhiego Lima will take on Eddie Gordon to see who will win the light heavyweight and middle weight tournaments of the Ultimate Fighter.

Kendrick Johnson writes for a daily newspaper and is an independent print journalist and sports television reporter who has covered the NBA Finals, championship boxing and UFC Fights and done numerous interviews with some of the biggest names and personalities in sports. He can be reached at kendrick_e_johnson@yahoo.com or on Twitter @kendrickjohnso 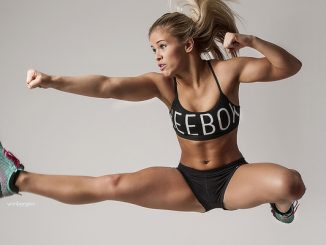 Is Paige VanZant a title contender?