The Dallas Mavericks have not lost to the Washington Wizards over their previous nine meetings, including a thriller in the Nation’s capital on Nov. 19 where a hobbled Dirk Nowitzki hit a game winner near the end of regulation. Dirk and company are looking to make it 10 in a row as the Wizards look to avenge that November home loss here at the American Airlines Center in Dallas.

Getting to 10 wins in a row against the Wizards, which dates back to Oct. 27, 2009, could be difficult as the Mavericks roster is a bit hobbled at the moment with an ailing Tyson Chandler and Monta Ellis.

Chandler was held out of Sunday’s game due to back spasms and leading scorer Ellis may sit out of this one due to a left ankle injury. Ellis vows not to miss any time, after playing in all 82 games for each of the last two seasons, but he may not have much choice if the team trainer says the risk of further injury is too great.

Speaking to reporters, Chandler said the Wizards have a full team with great guard play and the Mavericks will need to be careful.

“They’ve got great guard play, and I think the addition of (Paul) Pierce gives them some grit,” he said. “You know, it gives them grit and it gives them some belief and understanding of what it takes to win. And they’ve got excellent big play, so it’s a full team effort with them. And we’ve got to make sure we come in ready to play.”

That’s the reason why the Mavericks will need to come out of the gate swinging against this aggressive Wizards team, led by former first-round pick John Wall.

Wall currently leads the NBA in assists, with 10.3 per game, and is one of the seven or eight best point guards in the game today. According to the Hollinger NBA Player Statistics, Wall is seventh in overall Player Efficiency Rating, fifth in defensive rebound rate, sixth in value added, sixth in estimated wins added and he is the unquestioned leader of this Wizards team.

The Mavericks, not to be outdone, finally have one of the great point guards in all the NBA as well in Rajon Rondo, who was acquired just over one week ago from the Boston Celtics.

Rondo is second in the NBA with 10.3 assists per game and his play seems to be a bit more inspired over his last five games, all with the Mavericks. He is averaging 13.6 PPG on 43 percent shooting, 6.2 RPG and 8.2 APG since becoming a Maverick.

The Wizards are the superior defensive team and laid out a bit of a blueprint on how to keep things tight against this Mavericks team in that November loss. Wizards head coach Randy Wittman laid out a game plan of running up and down the court against the veteran roster of the Mavericks, especially in transition – one of the Mavericks weaknesses.

Other teams around the league took notice and the Mavericks offense began a five-game stretch, after facing the dumpster fire that is the Los Angeles Lakers, and averaged 103 points per game on offense while still giving up the same on defense. The team was fortunate to go 3-2 over that stretch, but if a fast and athletically gifted team like the Wizards can tire out the Mavericks on the court tonight that may not bode well for the Mavericks come January.

The Mavericks play 12 of their 16 games in January on the road and have to travel to Boston, then Cleveland and finally Brooklyn before their next home game. The travel schedule is not kind and a loss tonight will not be the way the team wants to approach their upcoming road trip.

Either way, tonight will be a treat for fans as both of these offenses are likely going to flow through the point guard position, as two of the league’s best will go head-to-head in an effort to lead their team to victory. 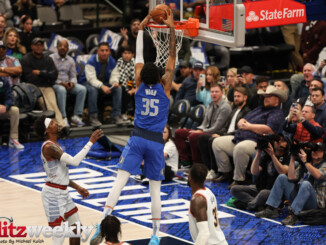 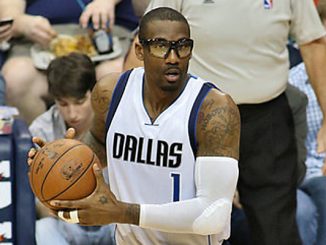 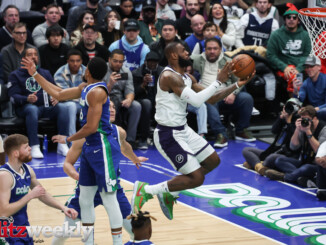