Tiger Woods shot 7-over 149 and missed the cut by four shots at the Quicken Loans National at Congressional Country Club in Bethesda, MD.

This is only the 10th time Woods has missed a 36-hole cut on the PGA Tour that now includes 299 starts and he had made 26 consecutive cuts dating back to the 2012 Greenbrier Classic.

Woods had not played since March 9 because of an injury that required microdiscectomy surgery on March 31st to repair a pinched nerve in his back.

“I hate to say it, but I am really encouraged by what happened this week,” Woods said, following his 4-over 75 round. “I missed the cut by four shots and that’s a lot, but what I was able to do physically, the speed I had and the distance I was hitting the golf ball again, I hadn’t done that in a very long time.”

The next opportunity for golf fans to see Woods will be the Open Championship at Royal Liverpool, July 17-20.

Woods was not the only player taken down by the legendary course just outside of Washington, D.C. Other notables missing the cut at Congressional included Jason Day, Jason Dufner, Ernie Els (who won the U.S. Open when it was contested here in 1997) and Keegan Bradley.

Of note, in his first appearance since destroying the field en route to an eight shot win at the U.S. Open at Pinehurst No. 2, Martin Kaymer missed the cut at the European Tour’s BMW International Open in Germany. He finished at even-par, four shots off the cut line. 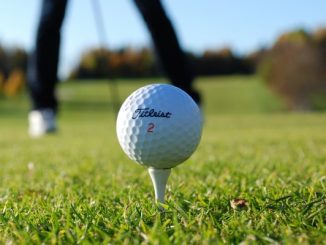