Mike Miles scored 26 points to lead the TCU men’s basketball team to a 69-66 win over No. 9 Texas Tech Saturday at Schollmaier Arena.

Miles was 10-of-15 from the field and his 26 points were the most he’s ever scored in a Big 12 Conference game. The victory helped the Horned Frogs (18-9, 7-8) boost its postseason resume that includes three top 25 wins and five quadrant one wins.

The capacity crowd of 7,026 was treated to a game with 12 lead changes, seven of which came in the final four minutes. With Texas Tech (22-7, 11-5) leading by six with 5:28 to play, TCU scored seven unanswered points and took the lead off a 3-pointer by Francisco Farabello. It was the first second half lead for the Frogs, 61-60, with 3:47 to play. That began a string of seven-straight possessions of lead changes.

With Tech leading 66-65 with 1:40 to play, Miles found Xavier Cork for the dunk to regain the lead, 67-66, with 1:11 left. On the next possession, TCU’s defense forced a shot-clock violation, one of 20 turnovers by Tech, which tied for the most by a TCU opponent all season.

After a free throw by Miles, TCU’s defense held again, as Miles stole the ball from Bryson Williams, one of five for the sophomore from Highland Hills, Texas. After a free throw by former Red Raider, Micah Peavy, Tech misfired on two shots and Peavy came down with the rebound and was fouled, which all but sealed it with 0.8 seconds to play.

Joining Miles in double-figures were Emanuel Miller with 11 and Damion Baugh with 10. 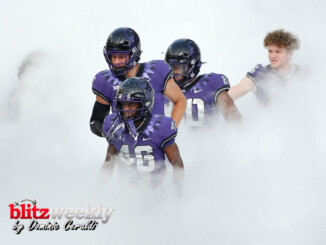 TCU opens the season with a rout of Duquesne 45-3 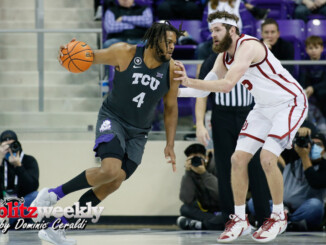 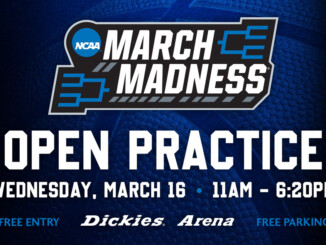