NEW YORK — SiriusXM today announced its extensive programming plans for the week of Super Bowl LVI, when the biggest game of the NFL season and all the excitement surrounding it comes to the city of Los Angeles.

SiriusXM listeners will get multiple broadcasts of the game, a dedicated Super Bowl LVI pop up channel, plus a mix of sports and entertainment programming that only SiriusXM can deliver.

Super Bowl game broadcasts – as well as SiriusXM programming airing throughout Super Bowl Week – are available to subscribers on the SiriusXM radios in their cars and on the SXM App.

Pro Football Hall of Famer Brett Favre will host a special edition of his show, The SiriusXM Blitz with Brett Favre and Bruce Murray, live from SiriusXM’s L.A. studios on Friday at 3 pm ET/noon PT.

On Thursday, February 10, SiriusXM NFL Radio will have live interviews from the red carpet before the annual NFL Honors event that salutes the top players and performers of the 2021 season, including the Walter Payton NFL Man of the Year presented by Nationwide, the AP Most Valuable Player, AP Coach of the Year and more.  Listeners will also hear live coverage of the announcement of the Pro Football Hall of Fame’s Class of 2022.

Super Bowl LVI Radio launches as a special week-long pop-up channel today, February 7 (SiriusXM 104).  The channel will feature former NFL quarterback Danny Kanell conducting interviews with players and personalities throughout the week, and will be the home for highlights from the best programming happening across several SiriusXM channels during Super Bowl Week.  Super Bowl LVI Radio will air the NFL press conferences featuring NFL Commissioner Roger Goodell and the halftime performers, replays of past Super Bowls, music specials and more.  Throughout the week, the channel will also be a source for info on the NFL activities happening in Los Angeles, including Super Bowl Experience and GameDay Fan Plaza, and game day specifics on transportation, parking, stadium security and more.

“It’s been a dramatic NFL postseason and with fans everywhere looking forward to the big game on February 13, SiriusXM will capture all the excitement of the Super Bowl and Super Bowl Week,” said Scott Greenstein, SiriusXM’s President and Chief Content Officer.  “Our subscribers will be able to access multiple broadcasts of the game, live coverage of the highly-anticipated halftime show performance, and the unique mix of sports, music and entertainment programming that only SiriusXM can deliver.  Whether you are in L.A. or on the other side of the country, we want to make you feel like you are right in the middle of the action every day of Super Bowl Week.”

For more info and show times on SiriusXM visit: siriusxm.com/super-bowl.

On Wednesday, February 9, Grammy Award-winning artist John Mayer will perform an exclusive SiriusXM and Pandora Small Stage Series concert live at Hollywood Palladium in Los Angeles.  The special concert, hosted by Andy Cohen, will feature Mayer performing songs from his latest album, Sob Rock.  Ahead of the concert, Cohen will sit down with Mayer for an exclusive interview to discuss his music, upcoming tour, and more.  Mayer’s performance in Los Angeles will air live on SiriusXM’s The Spectrum via satellite (SiriusXM 28) and on the SXM App on Wednesday, February 9 at 11 pm ET/8 pm PT with multiple rebroadcasts throughout the week. The performance will also air on Andy Cohen’s Kiki Lounge (SiriusXM 312) on Friday, February 11 at 8 pm ET/5 pm PT. Additionally, Radio Andy (SiriusXM 102) will air Cohen’s sit-down interview with Mayer on Friday, February 11 at 7 pm ET/4 pm PT.

Huuuge Fan, the SiriusXM original podcast where stars share their love of their favorite sports teams, is presenting a special football episode in anticipation of the Super Bowl, available now.  Celebs including Melissa Etheridge, Tracy Morgan, Tim McGraw and several others share their memories with host LaChina Robinson. Hear it at: https://link.chtbl.com/a-spBHyT 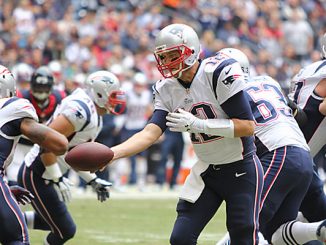 Why the Seahawks Will Lose