5/16 – Rangers vs Phillies – Game 1 – The Rangers came into this series riding high on a six game winning streak. They were facing off against the Phillies, who have the third worst ERA in the league. Nomar Mazara began the game with a huge upper deck homer to right field. The Rangers boosted the lead with a hit and run play in the fifth, utilizing the speedy Delino DeShields. Yu Darvish was electric, and surrendered his first and only run in his final inning, the seventh. Darvish struck out nine and the Rangers captured a 5-1 victory. Mike Napoli hit a two-run homer late in the game. The resurging  power is a continuing trend for Napoli, who began the year poorly.

5/17 – Rangers vs Phillies – Game 2 – Jared Hoying and Andrew Cashner were the stars of this game. The Rangers got out to an early lead and never looked back. Shin-Soo Choo had an excellent day, going 3-4 and logging 3 RBIs. Choo was slated next to DeShields in the lineup again, who bats 9th. When the speedy DeShields gets on base he has a plethora of opportunities to drive pitchers crazy while the patient Choo bats. DeShields went 4-4. Jared Hoying started in center field for the injured Carlos Gomez. Hoying has excellent range in the outfield, similar to Gomez. He showcased that range along with DeShields. Both of them made excellent defensive plays throughout the night to backup Andrew Cashner. Hoying excelled at the plate too, logging his first career homer and going 4-4. Cashner pitched seven innings of two run ball. He only walked one batter. Rangers win 9-3.

5/18 – Rangers vs Phillies – Game 3 – Martin Perez got to pitch at home during a day game, so naturally he excelled. Perez went seven innings and gave up two runs, just like Cashner the day before him. Jeff Bannister swapped their starting positions, to allow Perez to start the day game. Choo hit well again from the leadoff spot, reaching base three times. Ryan Rua hit another homer with multiple people on base. Nomar Mazara drove in two runs and had two hits. The Rangers offense continued to click behind quality starts and solid bullpen finishes. The Rangers swept the Phillies, smashing their pitchers.

5/19 – Rangers at Tigers – Game 1 – The Rangers traveled to Detroit to take on Ian Kinsler and the Tigers. The Rangers started Nick Martinez, who has been very good in lieu of Cole Hamels. Martinez did not give up any earned runs, but pitched only five innings. The Rangers offense was led by the sluggers Joey Gallo and Mike Napoli. Napoli continued his power upswing with a homer. Gallo hit an absolute monster shot to left field that went an estimated 450 feet. Tony Barnette and Matt Bush both gave up a run but the Rangers won the game 5-3. Keone Kela threw two scoreless innings and struck out four. Kela has some of the nastiest stuff out of the Rangers bullpen. His fastball is rivaled by only Matt Bush and his hard curveball is an incredibly sharp strikeout pitch. His style and repetiteur is similar to Bush, but Bush has been more consistent. They worked together to finish the final three innings, a task that the Rangers struggled with before the win streak. Choo and DeShields were paired again in this game, this time at 1 and 2. Elvis Andrus batted 3rd, and managed to log an RBI. The Rangers got their 10th straight win and the next game was an excellent pitching matchup.

5/20 – Rangers at Tigers – Game 2 – Flame-throwing playoff proven veteran Justin Verlander tried to prevent the Rangers from winning 11 straight. He faced off against AJ Griffin, who was red hot and had turned in excellent starts recently. Griffin’s weakness have always been giving up homers and walks. This means if AJ has a bad start things can get ugly quick. This is what happened in Detroit, as the Tigers crushed three consecutive homers off Griffin the first. Griffin gave up another in the 3rd, this time a three-run jack. He was pulled after that and Justin Verlander never let the Rangers make it close. He gave up three runs over seven innings. Jonathan Lucroy continued to improve, blasting a homer off of Verlander in the 6th. This game was a one-sided way to end the winning streak, and the Rangers looked to win the series in the rubber match.

5/21 – Rangers at Tigers – Game 3 – Yu Darvish was not as sharp as he usually is, walking four and lasting only five innings. The bullpen was electric. After coming into a close game Alex Claudio, Sam Dyson and Keone Kela managed to turn in four scoreless innings. Dyson even managed to get his ERA below 10.00 with his 1.2 inning three strikeout performance. Kela saved the game after Matt Bush had been pitching a lot during the win streak. The Rangers touched up Matthew Boyd for 12 hits, including a Pete Kozma and Mike Napoli home run. Lucroy hit an insurance double in the top of the 9th to make the score 5-2, which is how the game ended. Adrian Beltre and Cole Hamels have been absent, but they have still succeeded. Unfortunately, The Astros are also red hot, so not much ground has been gained. 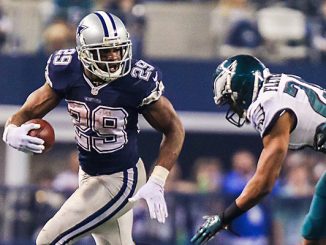 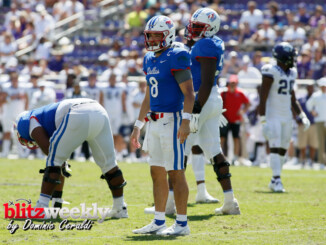 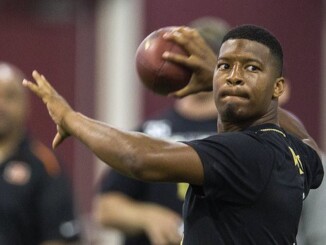