SMT, a pioneering digital technology company that has been at the forefront of crypto- technology since 2018, has entered into a license with PBR to create a new PBR branded loyalty and engagement program.

The fan tokens can be acquired, picked up or dropped using any HTML browser, all without download.

Fans can collect tokens, at no cost, at live or televised PBR events, as a free reward for engaging with PBR on social media, or as a free “drop” with the purchase of certain officially licensed merchandise.

The fan tokens will be redeemable, at various times for discounts on PBR event tickets, PBR Trading Card NFTs, partner products, licensed merchandise, and other offers tied to the sport.

Additionally, through a PBR-branded digital wallet created and offered to fans by SMT, fans can engage in a new PBR NFT marketplace to pick up and trade tokens along with NFTs and enter contests and sweepstakes.

SMT will mint and distribute collectible NFTs through the PBR NFT marketplace, with a focus on digital trading cards featuring PBR’s top riders and bulls, as well as top moments in PBR history. A portion of any sale proceeds will be paid to the PBR riders and bull owners featured on the collectible cards.

To launch the program at the 2021 PBR World Finals (Nov. 3 – 7 in Las Vegas), SMT is unveiling a NFT sweepstakes, in which one fan can win a ‘1 of 1’ PBR Bucking Bull NFT, entitling the winner honorary ownership alongside Chad Berger and one of his PBR bucking bulls. The NFT holder’s name will be listed in all PBR communications where the bull’s ownership is referenced, including PBR television broadcasts, in-arena signage, PBR.com website, and PBR news releases. The lucky fan who holds this NFT will receive honorary status as an official PBR Stock Contractor, which will include PBR Stock Contractor Credentials and access to six events per year, so long as the bull is competing.

“We have created a customized fan engagement and loyalty program using PBR branded NFTs, allowing one lucky fan to be a stock contractor of a PBR bucking bull through NFT ownership. This program revolutionizes how a sports league engages with and incentivizes its fans,” said CEO/CTO of SmartMedia Technologies Tyler Moebius. “We’re excited about launching the new PBR-branded NFT and PBR Wallet, and to begin the 2022 season, the PBR-branded NFT marketplace, “The PBR Stockyard,” where fans can buy, sell and trade their Stock Contractor NFTs and PBR Trading Cards. All of this is made possible by leveraging our proprietary NFT design, development and distribution platform, powered by the BlockV Network and its native token VEE.”

“Analyzing the NFT market, we knew we needed to find the right licensee with the expertise and technical breadth to create a game-changing program for our fans and brand partners,” said Sean Gleason, Commissioner and CEO, PBR. “Starting with our sweepstakes and first NFT, making a lucky fan an honorary owner of an actual PBR bucking bull, SmartMedia will use NFTs to create the same unique, unexpected and fun experience inherent in PBR events.” 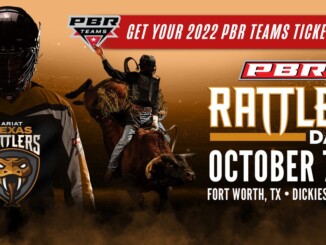 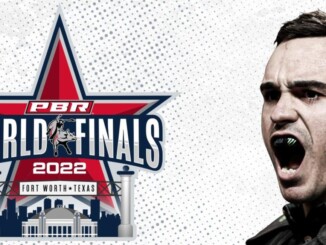 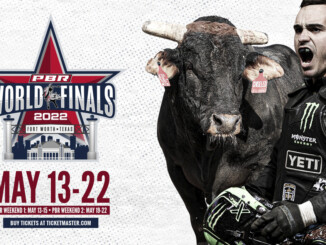 PBR World Finals Debut in Fort Worth May 13-22