“We Suck.”
The words of Houston Texans wide receiver Andre Johnson to ESPN.com following the team’s 13-6 loss to the lowly Jacksonville Jaguars on Sunday at Reliant Stadium. Johnson, who had a career-high 273 yards receiving in his previous game against Jacksonville, managed just 36 yards receiving on Sunday. The Jaguars extended the Texans’ losing streak to a franchise-record nine games and in the process tied the Texans for the worst record in the NFL.
“I’m very frustrated right now,” Texans quarterback Case Keenum said. “We had guys open, we had the right play calls and I didn’t see them I didn’t hit them.” Keenum had the worst performance of his five starts, throwing for only 169 yards with an interception.
Things will not get any easier as the New England Patriots visit Reliant Stadium fresh off their dramatic comeback victory over the Denver Broncos. Tom Brady and company erased a 24-0 deficit to a late lead before Peyton Manning tied the game with a late TD pass to send the contest to OT. The Patriots would win on a Stephen Gostkowski 31-yard field goal after recovering a punt that had touched the Broncos Tony Carter at the 13-yard line.
“We had some plays in the first half that didn’t go our way, so it was nice to get a good bounce, and we needed it,” Brady said.
New England had lost five fumbles all season coming into the game and was sixth in the NFL in net turnovers, but they lost fumbles on their first three possessions.
“You can’t move the ball when you’re losing it,” Patriots head coach Bill Belichick said. “You’ve got to hang on to it.”
The Patriots improved to 8-3 with the win over the Broncos and should make easy work of the Texans in a game that when the NFL schedule was released looked like it would have playoff implications. As of now, the only thing for the Texans to do is improve their draft position. 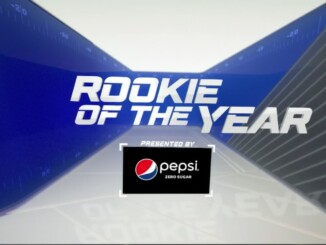