M-V-P! M-V-P! M-V-P! Altogether now! Who doesn’t like a good MVP chant? Any opposing team playing Steph Curry’s Golden State Warriors, that’s who. Although, the Houston Rockets might have a thing to say, or two, about their own MVP runner-up, James Harden.

The NBA Western Conference Finals will tip off Tuesday in Oakland with the conference’s two top seeds, as well as, the NBA’s top two MVP candidates battling it out for a chance to punch their ticket to the Finals.

Both teams had to fight to get to where they are now and boy did they fight. The Rockets bounced back, down 3-1, against the Los Angeles Clippers, who did something only eight other teams had done in NBA history. The Rockets became only the ninth team to overcome a 3-1 deficit and win a best-of-seven series in NBA history.

Golden State had to overcome Curry’s struggles from Game 2 and Game 3 with strong defense against the Memphis Grizzlies. Curry eventually found his groove and the Warriors beat Memphis in six games. Golden State put together a group effort to take down their Western Conference foes including Andre Igoudala, Klay Thompson and Harrison Barnes.

Golden State Warriors
Golden State led the NBA in scoring all season long and had the league’s best defense. They move the ball at an aggressive pace. The offense starts with Curry (28.2 PPG) and goes through Thompson (20.7 PPG). While Curry is averaging 41.1 percent from beyond the arc, Thompson is leads the Warriors averaging 47.7 percent in the postseason, which is kind of ridiculous (in a good way, depending on who you’re rooting for).

The Warriors superb defense (ranked 1st in defensive efficiency in the regular season) will start with Thompson on Harden, who will have to keep his feet moving and pray to the NBA Gods that he doesn’t sneeze on Harden. All flop-jokes aside, the Warriors efficient style of defense should be what Houston takes notes on, as well as, Draymond Green. Green will be a key defensive cog in this series and taking on Josh Smith could prove to be very interesting, from an entertainment perspective.

Leandro Barbosa, Festus Ezeli, Andre Iguodala and Shaun Livingston have logged minutes in all 10 games played so far in the playoffs. Golden State’s bench is solid, but other than Iguodala, they rely on their starters. Coach Steve Kerr will need to get good minutes from his bench to edge Houston.

Houston Rockets
If the Rockets want a chance to win this series and slap all the naysayers, Dwight Howard (17.2 PPG, 10.1 DRB) will need to dominate the paint on defense, much like he has throughout the playoffs. His defensive play, as well as his offensive side will have to set the pace for Houston. Even though Harden has struggled at times, he is still averaging 26.7 PPG this postseason. Houston will also have to rely on Corey Brewer and Josh Smith’s sustained shooting to keep up with Golden State’s high-powered offense. Oh, and don’t sleep on Jet Terry. He’s averaging a respectable 38.2 percent beyond the arc.

As far as defense goes, the Rockets were actually a stronger defensive team during the regular season, which ranked 6th in defensive efficiency in the NBA. Trevor Ariza, who leads the Rockets in minutes during these playoffs at 38.1, will be relied on for his defensive play against Curry and it will have just as big an impact on this series as Howard’s continued success with defensive rebounds. Ariza is a good defender. He may be overmatched against Curry’s quickness, but he is Houston’s best option.

The Rockets bench is superior to that of the Warriors. So far this postseason, six players have averaged double-figures. Brewer has been on fire off the bench so far averaging 12.4 PPG and 35.3 percent from behind the line. Even Jason Terry is averaging 9.2 PPG. With Smith starting, the Rockets can bring Terrence Jones off the bench, also another, you guessed it, double-figure scorer with 11.3 PPG.

Prediction
Both teams come in with weapons on either side of the ball, both defensively and offensively. And while most sports enthusiasts believe it will be a 3-point shooting frenzy from the two teams, it could turn into a very defensive series.

Do the Rockets have anything left after their almost embarrassing demise against the Clippers? If they even think they have a chance it will be from getting the most from their team, including their bench continuing to dominate.

Then again, this Warriors team just seems destined to win it all this season. Between their offensive shooting and superb defensive efficiency, it may just be too much to handle for Harden and his Rockets. 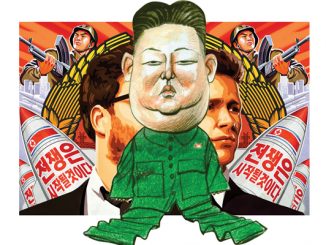 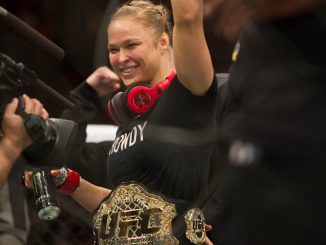 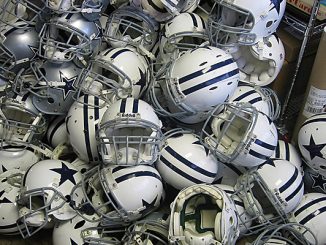