Dallas, Texas – According to media reports, the Dallas Mavericks have agreed to terms with a new coach and general manager.

With the departure of GM Donnie Nelson and former head coach Rick Carlisle, Dallas has filled their spots with NBA champion point guard Jason Kidd as head coach and former Nike executive Nico Harrison to be their new general manager.

Lets take a look at what they bring to the table in the front office and the court.

Jason Kidd has experience patrolling the sidelines with two NBA franchises. Kidd has coached the Brooklyn Nets in 2013-2014 and Milwaukee Bucks from 2014-2018.

The past two seasons, Kidd was an assistant coach for the Lakers and he was actually brought in to one day take the coaching reigns and be the head coach in LA. His head coaching record is 183-190 in the regular season and 9-15 in the playoffs. Kidd was an excellent point guard that lead that 2011 Dallas Mavericks team to NBA championship under Rick Carlisle. His experience playing the lead role on a talented team would rub off on Luka Doncic and the other young guards.

The key for this team to get over the hump is mentoring young talent and bringing in solid veterans that want to play in Dallas. There’s no room for experiments, the time and talent is now!

In my opinion, this move was brilliant!

Say what you want, but I love the hands on Mark Cuban. “Dude, stay off of TV and get your butt back in the stands!” We missed you and the team struggled while you were gone!

Now that I’ve got that out of the way, Nico Harrison is a former Nike executive that has no experience in this position. His claim to fame was working to promote stars such as: Tim Duncan, Tony Parker, Manu Ginobili and Kobe Bryant. His connection to players gives him the insight of bringing new talented players to the team and that’s what general managers do.

Let’s shake off the last 5 years of the old regime and get back on track. Dallas is a good team that fell into mediocrity because leadership struggled to get top tier players in Dallas.

“In order to get better results, do something different,” my Granny would say.

I see this team becoming a much better team by adding veterans in the post and wings. Rebounding cost us some close games this year, but adding new pieces would take us to the next level. 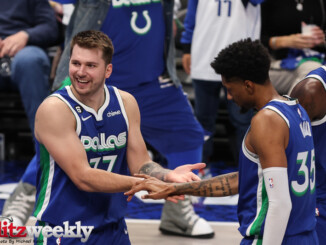