FORT WORTH, Texas (United States) – There’s an old song that goes “the eyes of Texas are upon you,” and certainly that lyric fits Red Bull Air Race pilot Kirby Chambliss, a native of the Lone Star State who this weekend will compete in the world’s fastest motorsport series at Texas Motor Speedway.

“Given all my family and friends who will be coming, I’m not sure there will be room left in the grandstands,” joked Chambliss, for whom the event will be a homecoming since he now lives in Arizona. Still, as one of the most successful pilots in the history of the sport, with two World Championships to his name, Chambliss is all business when he gets in the cockpit.

It’s been a year of ups and downs, and the 54-year-old is keen to surpass his season-best finish so far: fourth place. Like the rest of the 12-man field, he’ll have his work cut out for him in Texas. First, there’s the track known as The Great American Speedway: typically home to NASCAR auto races, it’s the first venue to host a Red Bull Air Race in a true stadium format. While the grandstands provide spectators an incredible perspective that looks down on the high-speed, low-altitude action, the arrangement also requires a particularly tight setup for the Air Gates. Then there’s the Fort Worth weather: scorching heat, high humidity, and stiff winds have been making top performance difficult for planes and pilots alike in early Training runs.

Chambliss just takes it all in stride. “Sure, it’s hot,” he says with his friendly Southwestern drawl. “But it’s 10 degrees hotter back in Arizona!”

To see the smile on his face, it’s clear that Kirby Chambliss is very happy to be “deep in the heart of Texas” once again. 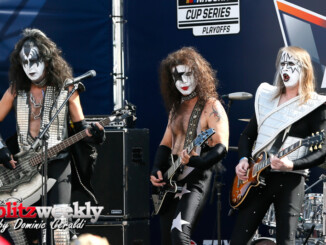 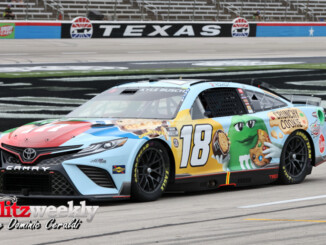