The long-awaited sequel (33 years to be exact) to the 1988 classic stars Eddie Murphy and Arsenio Hall reprising their iconic roles of Prince Akeem and his best friend Semmi in what amounts to getting to catch up with old friends for those who hold a special place in their heart for the original “Coming to America.”

“Coming 2 America” picks up on Akeem and Lisa’s 30th anniversary and with his father King Jaffe Joffer on the verge of dying, Akeem is ascending to the throne as King Akeem of Zamunda.

Akeem is dealing with a myriad of issues including threats of military intervention from General Izzi (Wesley Snipes) who just happens to be the brother of the woman Akeem bypassed as his wife in order to marry Lisa of neighboring Nexdoria. There’s also the small detail that he and Lisa have three daughters and Zamunda law says his heir to the throne must be a male.

On his death bed, King Jaffe Joffer informs Akeem that he indeed has a grown son from his trip to New York City from an encounter that Akeem does not recall do in no small part to alcohol and Semmi’s own search for female companionship.

This news leads the two friends back to the Big Apple to track down Akeem’s son Lavelle (Jermaine Fowler) and bring him and his mother to Zamunda. While Akeem thought this revelation would solve all of his problems, it only serves to open up new wounds with his wife and his oldest daughter, who has been groomed to be queen since she was born.

Oftentimes when a sequel to a classic comedy waits too long to be made (Example: Dumb and Dumber To), the second edition turns out as a complete failure, but in the case of “Coming 2 America,” director Craig Brewer gives it just the right vibe and Murphy and Hall still have their amazing chemistry. Another positive note is the nostalgia of seeing Cleo McDowell (John Amos) and the barbers from Queens.

Of the new characters, Tracy Morgan in particular shines as Uncle Reem, Lavelle’s uncle from New York City who joins the fun in Zamunda.

Brewer previously worked with Murphy and Snipes on “Dolemite is My Name,” the popular biopic on Rudy Ray Moore.

The original “Coming to America’ is a special movie that has prospered over its three decades, and in spite of everything good about “Coming 2 America,” it is not special. In the end, it’s actually a little above average and the biggest reason for recommending the movie harkens back to my original thoughts of it being so great to catch up with old friends and the joy of seeing Murphy and Hall together again.

“Coming 2 America” was produced by Paramount Pictures and due to the COVID 19 impact on theaters, the movie was purchased by Amazon to run on Prime Video and is now available on Amazon Prime. The original “Coming to America” is also currently available for streaming on Amazon Prime, so if you are feeling nostalgic, you can have a double feature. 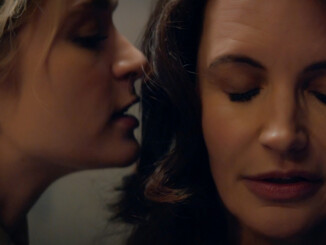