LOS ANGELES — Today, the BIG3 announced that Taco Bell will be joining the league as the official restaurant partner.

As part of the collaboration, Taco Bell will focus activations on the league’s innovative brand-new “Bring the Fire” rule.

When the first-of-its-kind rule is enacted, teams have the opportunity to challenge an officiating call once per half. The call goes to decision based on who wins the one-on-one faceoff.

Additional key features of the partnership include:

“We are thrilled to welcome Taco Bell as the latest in a series of impactful partners ahead of the 2021 season,” said BIG3 co-founder, Ice Cube. “Taco Bell is equally as dedicated to quality entertainment and our team knows they’ll add some spice to the already exciting ‘Bring the Fire’ rule. We are preparing our players for the highest energy season yet and Taco Bell is here to help kickstart the competition.”

“At Taco Bell, we love a good challenge and innovating on status quo. And we’re excited to partner with BIG3 to do just that,” said Chief Brand Officer Nikki Lawson at Taco Bell Corp. “Bringing the fire is in Taco Bell’s DNA. This partnership is a great way to showcase the power of two like-minded brands coming together to turn up the heat for fans and players this season.”

BIG3 is the official creator of the new global sport, FIREBALL3 and is returning for its fourth season on July 10, 2021 at Orleans Arena in Las Vegas.

The BIG3’s regular season will be played in Las Vegas and New Orleans before the playoffs, consolation, and championship games are played at Atlantis Paradise Island in the Bahamas.

Known as a ground-breaking league that focuses on innovation, BIG3 implemented notable rule changes following the 2019 season which included lowering the minimum age of athletes from 27 to 22 and opening the league to all nonprofessional and professional athletes that want to try out.

For more information on the league, visit https://big3.com 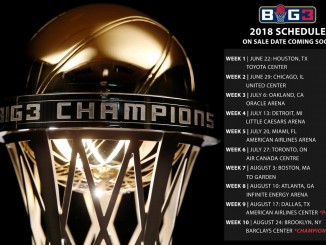 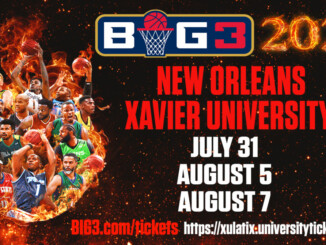 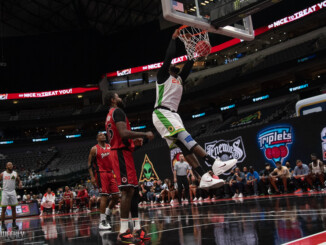