Your Texas Rangers were looking to bounce back from a disappointing 5-1 loss at the Seattle Mariners last Sunday when they traveled to Oakland the next night to take on the division-leading A’s for a three-game series. The first game of that set was very promising as the Rangers toppled the A’s, 14-8. The stars for this one were the bottom order of the Rangers’ lineup. Donnie Murphy, Robinson Chirinos, Michael Choice and Rougned Odor were a combined 9 for 17 with seven runs scored, four home runs and eight RBIs. “I got some good pitches to hit tonight and I didn’t miss them,” second baseman Murphy said according to MLB.com. “It’s good that we all came out and contributed. It was a good team win,” as he continued. The win put the Rangers back at .500 with a 35-35 record and with their ace Yu Darvish taking the mound the next night, the Rangers were feeling good about getting back above .500.

There is one problem. Darvish has not been particular good against the A’s in his short career with the Rangers. That remained the case as the A’s bounced back to beat the Rangers, 10-6. Darvish was awful going five-plus innings allowing seven runs with four of them being unearned and walking five. He is now 1-8 against the A’s with a 4.94 ERA. He has yet to win in Oakland. “For some reason, I don’t have good numbers against them,” Darvish said according to MLB.com. “But I have to prepare for my next start. I’m not facing just the A’s,” as he continued. While Darvish waited for his next start, his team was looking to take the rubber match of the three-game set last Wednesday afternoon. After Rangers leftfielder Shin-Soo Choo tied the game in the top of the fifth inning with a two-run single, Rangers starting pitcher Nick Tepesch could not get the “shutdown” inning as the A’s regained the lead scoring two runs in the bottom of the fifth to go on and win, 4-2. The Rangers fell to 35-37 on the season and are now nine games back of the A’s for first place in the division.

After a day off, the Rangers traveled to Anaheim to play the Los Angeles Angels in another three-game set hoping to end their two-game skid with starting pitcher Joe Saunders taking the mound. He has yet to taste a victory this season. The Angels were not going to be his first victim as they knocked him out of the game. They ended up winning, 7-3. Saunders did not even make it five innings as he gave up seven runs (four of them earned) off ten hits. “It wasn’t my best tonight,” Saunders said according to MLB.com. “Honestly, it was a battle from pitch one. I felt I was just a tick off all night long,” as he continued. Things did not get better for the Rangers the next night as they would lose in a heartbreaker, 3-2, in extra innings. Rangers starting pitcher Nick Martinez was brilliant going head-to-head with Angels’ ace Jered Weaver. Martinez went seven innings-plus giving up two runs on two hits. He was perfect through five and after the game, Rangers manager Ron Washington was very impressed. “I thought he was great, really,” Washington said according to MLB.com. “His last start, at Seattle, he was able to get his other pitches into play. Tonight, he was moving pitches around, spotting his breaking ball, spotting his changeup, and he was good. I told him he did an outstanding job. That’s what he’s going to have to learn to do, get deep into ballgames. He did that tonight,” as he continued.

Despite Martinez’s performance, the Rangers could not get the win as their losing streak was extended to four games. Would Yu Darvish bounce back from his last start against the A’s to help end the losing streak for the Rangers? The answer would be no as they would fall to the Angels, 5-2, this past Sunday night resulting in getting swept. Darvish had trouble again with command issues as he would go six innings giving up five runs off five hits and walking four. The Rangers finished their nine-game road trip with a 3-6 record falling to 35-40 on the year. Not good at all. Luckily, they will have a day off before returning home to play the Detroit Tigers for a three-game set. After that, the Minnesota Twins will come to town for another three-game series starting on Friday night.

Dallas On a Dime 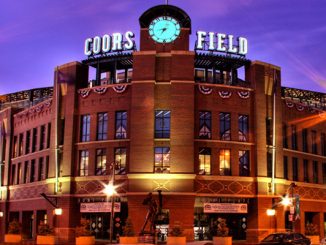