UCF started the second half on an 11-3 run to cut the Memphis lead to two at 44-42, but the Tigers responded with eight in a row to push the lead back to 10. After two free throws by Darius Perry, Memphis would extend the lead to as far out as 19 in the second half.

The American’s Freshman of the Year Jalen Duren recorded his seventh double-double of the season with 21 points and 20 rebounds. Duren was the first player to record a 20-20 game in the Championship, and his 20 rebounds was a Championship single-game record.

Darius Perry led all scorers with 23 points and seven assists for UCF.

In the first half, Memphis jumped out to a 30-9 lead that included 10 points from Lester Quinones. The Knights then battled back and pulled within 10 at the break on a buzzer-beating 3-pointer by Darius Johnson.

This was the fourth meeting between the two schools in the Championship, with Memphis winning two of the three previous meetings. The Tigers have now eliminated the Knights in the last three Championships (2019, 2021). 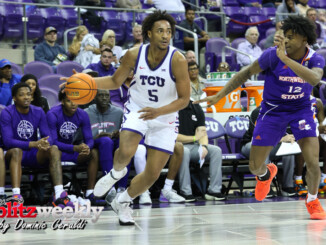 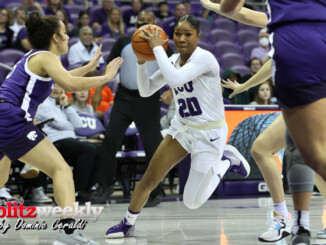