With the conclusion of the third season of the CW’s Arrow, which I enjoyed the most since the series debuted in October 2012. Season three began with Sara Lance’s death in “The Calm” and primed to for succeed the previous two seasons.

The introduction of lesser known DC characters such as the Atom (played by Brandon Routh) and Wildcat (J.R. Ramirez) gave the show’s audience a different approach to the DC Universe.

Following the loss of Oliver at midseason, Team Arrow had to scramble to find a way to take down the threat of Danny Brickwell, who is only defeated with the help of Oliver (who returns with the help of the Yamashiros) who talks Malcolm down from taking Brick’s life so Merlyn can remain involved in Thea’s life.

With this revelation, Malcolm and Oliver form a plan to take down the League of Assassins from the inside, without telling anyone else on Team Arrow. This is second moment of the season where Diggle, Felicity, Roy and Laurel question Oliver’s decision making at different points during the season. The third begins with “The Fallen” and lasts until the season finale “My Name is Oliver Queen” where the remaining members of Team Arrow (namely Diggle) continue to question Oliver’s motives to work with Malcolm and join the League to take it down from within.

In the April 29th episode “Al Sah-Him” Ra’s al Ghul mentions to Oliver that he was paired with a man named Damien Dahrk when he first joined the League of Assassins. He goes on to say that he could not take Dahrk’s life and let him walk away from their duel. Since then, Dahrk has been overseeing his own organization known by the acronym H.I.V.E., which has been linked to incidents that Oliver and Team Arrow attempted to stop but were unsuccessful in doing so.

A theory I have is whether Oliver’s unnamed child might take on the role of Jason Todd/Red Hood due to the abandonment issues stemming from Moira asking Oliver to deny paternity of the in flashbacks from season two. However it appears the writers paid homage to the character by giving Roy Harper the alias of Jason after he takes responsibility for the activities of the Arrow in episode 19 “This Is Your Sword”.

My reasoning for pursuing this theory is the similarities in the plot from Season Three and the DC Animated Original Movie “Batman: Under the Red Hood”. In the movie, Ra’s al Ghul attempts to undue his error of working with the Joker (which led to Jason’s death) by placing Todd’s lifeless body in the notorious Lazarus Pit. However, his dip in the pit warped Todd’s psyche. Five years later, he is known as the vigilante/crime kingpin the Red Hood. Roy Harper is also brought back from death in “This Is Your Sword“. A difference between the  and the “Batman Under the Red Hood” and “Arrow” story line is that Harper was not brought back with no mental instability.

An aspect of Season Three that I would have handled differently is the arc of villains. For example, since Season One when Malcolm Merlyn was the primary villain, the writers have used villains from the DC Universe associated with other heroes (Ra’s al Ghul is an antagonist of Batman and Deathstroke has long been associated as a villain of the Teen Titans.) Yes, Daniel Brickwell, the Count, China White and Vertigo were all minor antagonists in the show. To me, Vertigo could have been used as a villain for a larger arc throughout Season Three given that he was a variation of Count Vertigo, a primary nemesis of the Emerald Archer.

Looking ahead to Season Four, I see Damien Darhk and H.I.V.E. being the primary antagonists after learning of Darhk’s ties to the League and meeting his assistant in the Season Three finale. Also, I look for Laurel Lance to progress as the Black Canary and her “canary cry” necklace to become more prominent next season, Nyssa and Laurel to continue their training, Nyssa to help with Team Arrow missions, Thea to embrace her role as Speedy, Malcolm remaining involved with Team Arrow as the new Ra’s al Ghul, the Olicity relationship to be tested, John Diggle to possibly becoming a costumed hero and for Roy Harper / Arsenal to make a possible return. Most importantly, I do not think Oliver Queen is finished with his heroic activities. 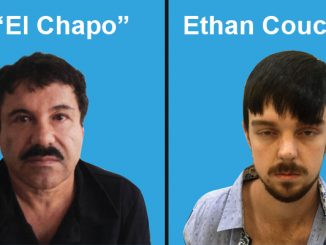 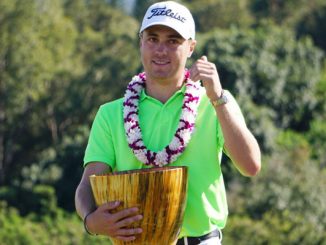