The Rangers rode their momentum from the Braves series into Philadelphia and swept the Phillies in two good games. The Phillies are an exciting team that added a ton of talent to their roster this offseason. They have been average for years. They peaked in 2008. They are trying to shake the stench of mediocrity. Adding Nick Castellanos and Kyle Schwarber this offseason proved they were serious about competing and not just going .500. For the last few seasons the Phillies have been top heavy. They have ace Zach Wheeler and star Bryce Harper, but lack depth and a bullpen.

Game 1 – Jon Gray returned from a knee injury to start the opener of this two game set. He pitched well but was let down by his defense. In the first inning with two men on, a towering fly ball was hit to Rangers left fielder Nick Solak. Solak engaged in a slapstick routine that put him and the ball on the ground, well short of the warning track. The miscue cost Gray pitches and the 2-0 lead he was spotted. Gray only lasted 3 innings.

The Phillies countered with their best young pitcher: Ranger Suarez. The lefty was great last year, but average in this start. 5 IP, 3 ER. Jonah Heim had a solo homer in this game back from paternity leave. Zach Reks, the outfielder kept over Willie Calhoun, had a big two RBI double to give Texas the lead. Marcus Semien had an infield hit for an insurance run to make it 6-3.

Brock Burke and Dennis Santana were both sharp in relief of Gray. They bridged the difficult middle innings to the back end of the bullpen. John King, Matt “MFB” Bush, and Joe Barlow all turned in an inning of sharp work behind them. Defending NL MVP Bryce Harper was shut down. 0-4, two strikeouts. Win 6-4.

Game 2 – Zach Wheeler and Martin Perez engaged in a classic pitchers duel. Perez went inning for inning with the Phillies ace. Perez threw 7 scoreless IP. Wheeler threw 7.1. The bullpens remarkably got the game to extras. The Phillies bats were ice cold and the Rangers offense is inconsistent. There was no scoring until the 10th inning, when former Phillie Brad Miller singled to score Adolis Garcia and Eli White. The Phillies made it interesting in the bottom half of the inning but could not tie it. Harper went hitless again. Win 2-1.

Game 1 – Dane “Stunning” Dunning was exceptional again in his outing against Yankees ace Gerrit Cole. The Rangers offense came up soft during and after the 6.1 IP from Cole. This game was preceded by two rainouts and was the first part of a doubleheader. The lone Rangers run was a Kole Calhoun homer. Loss 2-1.

Game 2 –  Glenn Otto looked good in his start at Yankee Stadium. 5 IP, 2 ER. Jordan Montgomery went for the Yanks. He throws lots of curves and tuned in a quality start. Brad Miller had the hit of the game when he homered to make it 4-2 in the 7th. Eli White had a solo shot earlier in the game. Win 4-2.

Game 3 – The Rangers were nearly no hit by Nestor Cortez in the rubber match of the series. Cortez was a lefty specialist last season, famous for varying his delivery. The no-no was broken up by Eli White of all people in the 7th. Jon Gray, Brock Burke, and Brett Martin matched Nestor with 0’s until Martin gave up a run in the 8th. Loss 1-0.

The Rangers take on Kansas City and slumping Boston next. 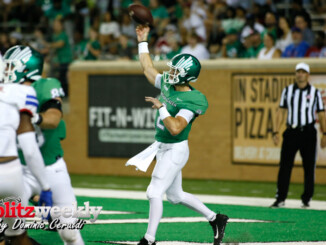 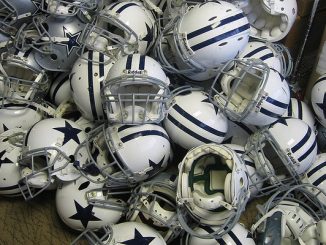