Face it, Masahiro Tanaka is a brave man for wanting to sign with a team in a ridiculous media market like New York. It’s a good thing he is used to the limelight, being married to a pop star, because the pressure on him will be incredible. I’m sure he has already spoken to Hiroki Kuroda about the media frenzy, but can mere words actually prepare him for the onslaught?

His resume is strong, perhaps close to that of Yu Darvish for the three years prior to his arrival in the MLB. No, he is not as dominant in strikeouts as Darvish, but he has better control, and when you couple that with a solid low nineties fastball and a devastating splitter, you have the makings of an instant ace.

The Yankees gave up their best player in Cano, but that did not slow them down. They have added, not subtracted, to their team. The $155 million is indeed a lot of money, but Tanaka is just 25, and yes, even though he has pitched for seven years in Japan, that’s not MLB pitching, although it’s close, but he should have 4-5 years ahead of him where he will be an elite pitcher. The Bronx Bombers have spent nearly $500 million in contractual obligations in this offseason, in what should be an amazing but predictable improvement from last year’s squad.

At 6-foot-2, 205 pounds, Tanaka is not as imposing as Darvish, but more like Hisashi Iwakuma, and has that Japanese hesitation from the full windup. By the way, it’s important to note the success of some pitchers from Japan like Darvish, Iwakuma, and Kuroda. I believe that had a tangible impact on the pursuit of Tanaka. I don’t think it would have been the same even two years ago.

Tanaka throws his splitter a little harder than Iwakuma and Kuroda. This pitch of his has a downward bite and his control is excellent to both sides of the plate. In looking at video of his slider, and I expect him to use this quite a bit against right-handed hitters, he appears to have a resemblance to Zack Greinke, which puts him in pretty good company. You can say, with authority, that his command is like that of Iwakuma, only he throws harder.

He will most likely be the best pitcher the Yankees will have in 2014, I believe. This acquisition, along with adding Brian McCann, Jacoby Ellsbury, Carlos Beltran, Matt Thornton, Kelly Johnson, and Brendan Ryan, not to mention the re-signing of Kuroda and Derek Jeter, will have the Yankees in the playoffs and barring injury, could lead to a World Series run. It will be interesting and fun to watch that division this year, it will be full of thrills and excitement from beginning to end. 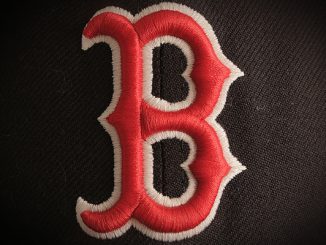