The Houston Rockets (15-7) are 2-2 for the month of December and the schedule does not get any easier. They play seven of the remaining 12 games this month on the road with five of the seven Western Conference teams.

Reports are optimistic that Jeremy Lin will return to the lineup as early as Thursday against Portland after missing six straight games. During that stretch, the Rockets were 4-2 thanks to Patrick Beverly and Aaron Brooks combining to play the point guard position.

Coach McHale is more concerned with missing James Harden and Chandler Parsons from the lineup anytime soon. They lost both games Parsons missed due to back spasms against Utah and Phoenix this month and have only won one game without James Harden. Harden has missed a total of four games so far this season.

The schedule puts them against the best records in the NBA. They play the Portland Trailblazers (18-4), Indiana Pacers (19-3), San Antonio Spurs (17-4), and OKC Thunder (17-4). Outside of the Miami Heat, these are literally all the teams that have a better record than Houston.

Trade rumors continue to swirl around Omir Asik as all reports claim the team will trade him sooner rather than later. As Terrence Jones and Omri Casspi continue to contribute, the asking price for Asik plays in favor for the Rockets. Frustrated about the delay in being traded, Asik has hired a new agent.

Coach McHale has missed two days of practice due to family issues, but is expected to make the road trip unless circumstances prohibit him.

Tyson Chandler Returns to the Mavericks 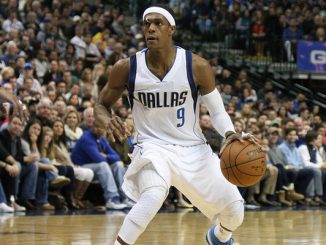 Dallas Dining: Welcome to the Club