Network television is littered with attempts to cash in on the current popularity of superheros and superhuman beings. FOX has Gotham, CW has Flash, and soon even CBS will join the fray with Supergirl.

In this climate of competition, Agents of SHIELD has had a leg up on the rest of the competition. Since the beginning, the show has been granted access to the coveted Marvel Cinematic Universe.

Everything that happens in the rest of Marvel’s movies or shows can have real effects to be felt by the characters in SHIELD. Characters and events can cross over between the big and small screen to create cohesion that DC and its television products have not been able to touch.

Even with this help, Agents of SHIELD has come across as very middling to many. Though the continuity is tight, it can run the risk of feeling very much like a network drama in the worst type of way.

Plots are extremely complicated, characters feel one dimensional, and the stakes brought up in the show fail to make it compelling. The most damning criticism is that the show was full of characters simply reacting.

The first season was a drag until the rise of HYDRA which was ushered in by the Marvel movie Captain America: The Winter Solider. The show dealt with all of the problems that has been created for the series organization and the espionage drama was enough to sustain the show for a full season.

Slowly, last season viewers were introduced to the possibilities of everyday humans having powers. Through really complicated details, aliens messed around with human DNA and through a very specific process the innate powers within certain humans could be unlocked.

Finally, Agents of SHIELD is leading the way for the continuity of the whole universe. In the movies, the Inhumans have been touched upon very slightly. In fact, a movie is slated to release in Marvel’s Phase 3 with the same title.

Whatever the case, the show has been very productive in their first four episodes. The super powers have added another layer that viewers have been waiting for for three seasons.

This season looks to be the best of the show’s run as it has set itself up with all of the best parts of it first two seasons. The powered Inhumans who are terrifying society with their new, and in some cases, deadly abilities and the espionage aspects that were incredible during the SHIELD versus HYDRA episodes of Season 1 are being rolled in to one exciting season.

Ties to the main universe have always been the enticing thing for viewers. The problem with this was that the show could never really be its own.

It would rise and fall with the story lines that the cinematic universe threw to it. This season it seems that Agents of SHIELD is now making the story lines.

It has taken the reigns and is beginning to dig itself out from underneath the shadow of the films. Real stakes and consequences have been added early in this season that will have impact on the entire universe.

Besides the overarching themes that will reach into the movies, the show itself has become more competent. The plot lines, the characters, and the stakes have been raised to a level that makes SHIELD a fantastic show on its own.

This season of Agents of SHIELD is worth a shot as it is doing something that it hasn’t done previously. It is creating parts of a universe rather than simply existing in it. 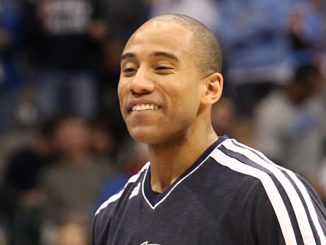