After a successful first season “Marvel’s Daredevil” was renewed for a second season by Netflix. The series stars Charlie Cox, Vincent D’Onofrio and Rosario Dawson.

However, the new season will feature one subtle change. Stephen S. DeKnight (known for his time as an executive producer on the Starz show Spartacus), left the show after one season and was replaced by Doug Petrie and Marco Ramirez.

DeKnight’s departure, which came as a surprise to fans because of the show’s achievements during its rookie year, issued a statement about his leaving the series on Marvel’s webpage: “While previous commitments unfortunately prevent me from continuing on with Daredevil in its second season, I could not be happier that Doug Petrie and Marco Ramirez are carrying the torch. They were invaluable contributors during our first season, and I for one can’t wait to see what they do with the show moving forward.”

A review from Rotten Tomatoes praised the series: “With tight adherence to its source material’s history, high product quality, and a no-none sense dramatic flair, Daredevil excels as an effective superhero origin story, a gritty procedural and an action adventure.”

At the conclusion of season one, Wilson Fisk was freed from custody while Vanessa left New City York after Fisk did not meet her at the time he had set after he had proposed to her. Meanwhile, Matt Murdock, Foggy and Karen celebrated his capture with no knowledge of his escape.

Possible story arcs to keep an eye on when season two premieres next season include: where viewers find Fisk and Vanessa, respectively. Furthermore, how will Murdock and Co. react to learning of Fisk’s escape and will they investigate Urich’s death? In regards to possible arcs involving the Daredevil persona, with the new show runners I have no idea what paths the show will explore with “The Man with No Fear.”

The series is one of four Marvel based series lined up by Disney-owned Marvel: “Iron Fist”, “The Defenders” (both of which do not have confirmed show runners at this point) “AKA Jessica Jones” and “Luke Cage”. DeKnight has been linked to both the Marvel series “The Defenders” and “Incursion”, a series which would air on Starz, the same network which carried Spartacus.

I have seen similarities between Daredevil and both Arrow (Oliver Queen going from a one man army to working with the team of John Diggle, Felicity Smoak, Roy Harper/Arsenal, Captain Quentin Lance, Sara Lance/the Canary and Assistant District Attorney Laurel Lance/the Black Canary over parts of the show’s three seasons) and The Flash (humanization of Barry Allen), during the show’s first season.

In my opinion, to this point, DC has reigned supreme over the television universe with Birds of Prey, Smallville, Arrow, The Flash and Gotham over the past decade, while Marvel has dominated the cinematic universe over that same time period. “Marvel’s Daredevil” gives the Marvel Television Universe an opportunity to catch up to their rivals at DC. 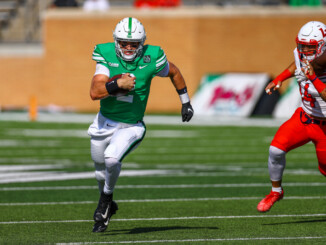 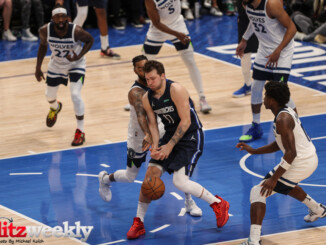 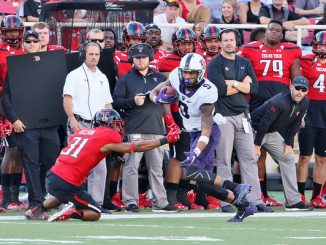