The exalted one in San Antonio, Gregg Popovich is very much like a fine wine improving with age. The man has an impressive resume with five NBA titles and more career wins than five NBA franchises do in total for the Charlotte Bobcats/Hornets, Minnesota Timberwolves, Memphis Grizzlies, Toronto Raptors and New Orleans Pelicans/Hornets. In other words, he is one of 9 coaches in NBA history to eclipse the 1,000 win mark. Now that the NBA postseason is right around the corner, he has set his sites even higher.

Meeting Coach Pop
July 15, 1997, I was invited to a camp with the San Antonio Spurs. I can remember driving to the gym excited and rambling on about my dreams and aspirations about being an NBA superstar. At the time, the Spurs practice facility was located in the medical district of San Antonio, Texas. I can remember being worried about being late and not having time to dress out and warm up. Driving up to the gymnasium I saw a sea of fans, reporters, agents and players walking to the gym and locker room area. I was two years removed from graduating from the University of West Virginia and in the best shape of my life. I knew in my heart that I was about to become a professional basketball player. Through high school and college I excelled with a nice mid-range jump shot and explosive leaping ability around the rim. My wife Tamica knew that this was my second opportunity to show the coaches I was ready for the next level. I thought that this was my chance to live a life long dream. The gym was packed with players I’d seen on TV and free agents trying out for the upcoming season’s team. The practice squad had room for four players and the CBA had teams looking for players too. My mission was to became a San Antonio Spur and in my mind I was ready to sign my contract. In walks Avery Johnson, David Robinson, Sean Elliot and Dominique Wilkins just to name a few attending the workout. They were like rock stars walking into a concert venue. Instead of competing for a roster spot I became a fan. I was told by a younger Coach Pop to work on the mental part of my game because that’s where the game is played. I made it to the second day before being let go by an assistant coach. But on that day I took something valuable with me. A mental approach to everyday life. That’s how Coach Gregg Popovich approaches each practice and game as head man in San Antonio.

In order to know the make up of a man. You have to know where he comes from, his stock and his upbringing. In order to understand how his mind works he has to be open and forth coming. Well not in this case. If you look back at Gregg Popovich’s coaching career you would see that he worked five years as an assistant (one season with Golden State) and has been the head man in San Antonio after the early part of the 1996-97. Coach Pop has a brilliant mind for personnel. “Basketball is a chess game and putting the right pieces in the right places is the difference between winning and losing in the NBA”, as one NBA executive mentioned. “Gregg Popovich has transformed a mediocre team into the envy of the league.” No matter how old his starters become, he brings out the best in role players and in the competitive free agency market, Coach Pop adds and deletes the roster with a Bobby Fisher approach.

Getting Established
Popovich’s NBA coaching career started as an assistant in San Antonio from 1988-92. Larry Brown was the head coach at the time and the philosophy of the team was slowing the pace of the game so time management would be the key between wins and losses. At this time the Spurs weren’t a very good team. In 1992, Popovich became an assistant with the Golden State Warriors under Don Nelson. “Coach Nelson’s philosophy was to open the game up for otherwise stagnant players to get a chance to score,” said Coach Pop. “He believed that when teams scouted his players, they have to scout the whole team not just superstars.” Coach Popovich never a played in the NBA, never was a head college coach or NBA head coach prior to taking the reigns in San Antonio. So how did he become the head man without any head coaching experience? Peter Holt was the key. Holt purchased the Spurs in 1994 and brought in Popovich to be the general manager and Vice President of Basketball Operations. Holt knew the type of man he needed to run his organization. Back then fans and writers described the Spurs with adjectives such as boring and dull. Seems to me the “Spurs are boring” stereotype is pretty much dead. Coach Pop has never warmed up to the media to put it mildly. He’s done it his way and hasn’t looked back, overseeing the operation he established over 20 years ago.

Winning Ways
San Antonio was a wasteland for aging veterans to spend the twilight of their careers before retiring when Popovich took over. People thought he was crazy by drafting Tony Parker and Emanuel Ginobili. Why would he risk his career on unknown young players that played a “street ball” type of game? How could this type of talent work in a controlled system? Well Coach Pop understood talent and knows his system. Back then Tony Parker was a 19 year-old firefly playing point guard for a professional team in France and was the French National team’s starter for their upcoming World Championship team. Manu Ginobili was an Argentinian small forward that played fearless around the rim. Manu Ginobili brought international experience from playing on many championships teams. When the Spurs drafted Tim Duncan first overall in the 1997 NBA Draft they had their centerpiece for the future. The year before drafting Duncan the Spurs went 20-62 and David Robinson was injured for most of the season. Years earlier the Houston Rockets had Hakeem Olajuwon and Ralph Sampson and were nicknamed the “Twin Towers.” With Robinson and Duncan the Spurs had their rendition of that mold. The Spurs won their first championship in 1999 two seasons after drafting Tim Duncan as David Robinson was getting ready to retire. Coach Popovich and the team won championships in 2003, 2005, 2007 and 2014. The crusty old coach (as described by some sports reporters) has seemingly emerged from the ether, brought a methodical style of play and a defense so effective that it stymied the fluidity of every offense it faced. And yes it even stopped the famed Triangle Offense of the Los Angeles Lakers with Shaquille O’Neal and Kobe Bryant. As of this writing, the Spurs record (including postseason) under Popovich is 1,240 wins and only 579 losses. Don’t forget that he has five NBA titles and six NBA finals appearances.

Coaching Future Stars
Pop’s recipe for winning and approach to the game will have the Spurs as favorites to win or be near the top of the Western Conference every year. “My philosophy is simple”, Coach Pop said. “I have a 7-step process that our organization adopted. Culture, Accountability, Adaptability, Modesty, Selflessness, Success, Consistency and Efficiency”. The Spurs are set for the future after the departure of the big three of Ginobili, Parker and Duncan. In the 2011 NBA draft the Pacers drafted Kawhi Leonard from San Diego State and was traded to the Spurs that night. Pretty shrewd move on Popovich’s part. Leonard was the NBA Finals MVP in 2014 and will be the centerpiece for the Spurs in the future. He’s the wing version of Captain Tim Duncan, very quiet and reserved but plays touch all over the floor. The team also added LaMarcus Aldridge to the roster which gives the team a great chance to capture another championship. The Spurs under the guidance of Coach Popovich have set a very high standard for success and will be in the mix for years to come. 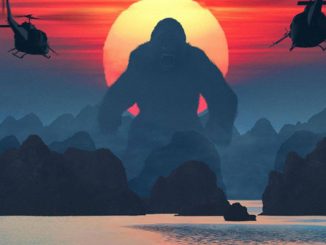 Will Kong: Skull Island be a Success? 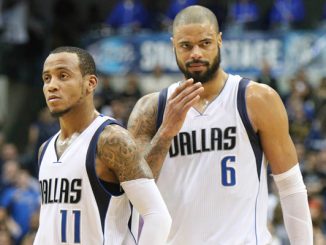 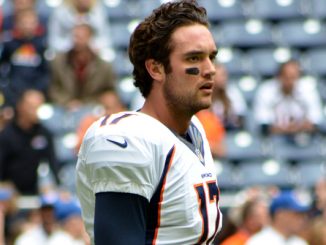