The North Texas Mean Green (3-7) will attempt to keep a winning record at home this Saturday when they take on the Florida International Golden Panthers (4-7). The Mean Green will look to rebound from an embarrassing loss that they suffered last Saturday at the hand of the UTEP Miners in El Paso.
Two things to look for in this game will be the Panthers ability to run and pass the ball. The Mean Green defense has had a very difficult time stopping the run this season. The Panthers have had a hard time throwing and rushing the ball. Look for the Mean Green defense to attempt to dominate the game early and leave a Golden Panther offense that does not have many choices, even fewer choices.
True Freshman quarterback, Alex McGough has not had a horrible season by any stretch of the imagination, but he has not really had enough help for his numbers to matter. He has tossed the rock for over 1600 yards, 14 touchdowns and seven interceptions on the season. Not bad, but not spectacular. It also does not help that his offensive line can not keep him upright at all. He has been sacked 25 times this season.
The Mean Green front seven will need to dominate this game in order to give the Mean Green a chance to win this game. Honestly this just might be one of the worst offensive lines that the Mean Green have faced this year. I completely expect them to dominate.
Defensive coordinator of the Mean Green, John Skladany will retire at the end of the season. The announcement was made two days ago. That should light a bit of a fire under the guys on the defense and push them to play pretty dominantly.
On the offensive side of the ball the Mean Green will look to do what they try to do every time they play a game. They will attempt to control the tempo of the game with the run and only throw it when they need to. Behind the legs of Antionne Jimmerson and Reggie Pegram, the Mean Green will look to run all over a soft Panther defense.
Quarterback Andrew McNulty should look to be nothing more than a bus driver this game. If they are asking him to throw 30 times in this game then they are probably losing this one. However I do not see that happening this time and look for them to win a game that will be played in Denton at Apogee stadium for their final home game of the season.
Prediction: Mean Green 35 Golden Panthers 17. 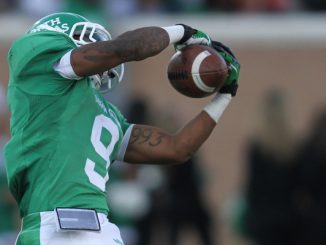 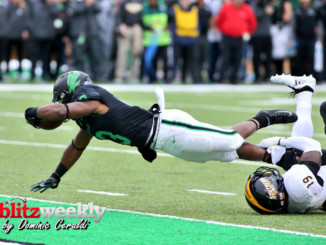