For those people who believe that Floyd Mayweather is afraid to face Manny Pacquiao in the boxing ring because he has not yet answered the Filipino boxing icon’s challenge to fight him, simply pump the breaks because the fight has more of a chance of happening in 2015 now more than ever.

Sam Watson, who is a longtime friend of Mayweather’s adviser Al Haymon, has said that the undefeated boxer wants to fight Pacquiao.

“Floyd wants to fight him (Pacquiao) real bad,” Watson told Fight Hype. “Floyd, that’s all he talks about is fighting Manny Pacquiao, so once the deal is set and done, you’re going to be seeing the biggest fight you ever saw in your life.”

Recently, Pacquiao’s trainer Freddie Roach has said that Mayweather is demanding a rematch clause which should not come as breaking news as the pound-for-pound king had a similar clause in his contract to fight Robert Guerrero in May 2013.

Watson also shared his thoughts on Pacquaio’s last fight against Chris Algieri in Macau, stating that Pacquiao is back to his old winning form, which makes the fight great for Mayweather.

According to an article by Yahoo Sports, Watson used to work for Motown Records. He was a close friend of the late singer Marvin Gaye, who introduced him to Muhammad Ali.

Watson’s job in Motown Records also paved the way for his longtime friendship with Haymon. Watson and Haymon, who was once a concert promoter, had a meeting in 1980 and they have been friends ever since.

Mayweather and Pacquiao have been fighting it out on social media these past few months. On Dec. 1, Pacquiao took a jab at Mayweather after posting one photo of his latest fight against Algieri. Pacquiao’s caption was directly intended for Mayweather.

“Stop throwing punches on Instagram and let’s get in the ring,” Pacquiao wrote. The eight-division Filipino world champion also included the hashtag #TBE, which Mayweather uses to describe himself as “The Best Ever.”

A week ago, Mayweather also taunted Pacquiao on Instagram by posting a video of Pacquiao being knocked out by Juan Manuel Marquez.

If and when Pacquiao and/or Mayweather finally and officially announce the fight, expect more speculations on the probable prices for both live and PPV numbers— and expect that it won’t come cheap as it could very well be the fight of the century.

Mayweather has been rumored to make around 100 million while Pacquiao would make a cool 60 million if they ever sign on the dotted line. 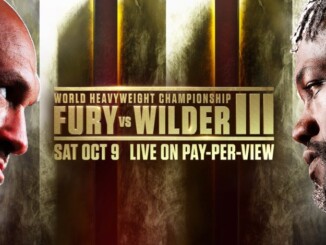 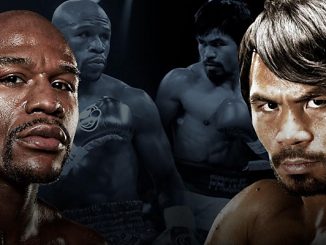