How did they get here?
This makes Illinois second time in a Cotton Bowl game representing the Big 10 Conference. Finishing the season fifth in their division with a 6-6 record overall, but 3 -5 in one of the better conferences in CFB. Illinois has a historic bowl record of 8-9-0 with their first bowl appearance happening in 1946, their last appearance was in 2011 vs UCLA with a win 20-14 over the Bruins. The Bulldogs of Louisiana Tech roll into Dallas with an overall record of 8-5 and 7-1 in Conference USA play, making them first in their division. The Dogs first bowl appearance was in 1977, and their last bowl game yielded a loss in 2011 from a young TCU Horned Frogs team.

University of Illinois
The Illini struggled in the first quarter of the season, losing their first three games, but rebounded to post three wins in their final five Conference games. What truly got the Illini here was a 47-43 win at Northwestern on Nov. 29 to garnish that all important sixth win to become bowl eligible. Oklahoma transfer Wes Lunt entered his first season as the Fighting Illini’s starting QB. The sophomore transfer got off to a great start, leading Illinois to a 3-1 record in non-conference play before injuries ended his first season as a starter. Although in his first year with the team Lunt was poised to have a break out year, posting three victories in his first three Conference USA games. 444 yards per game is the average that Lunt was able to put together while under center with the Illini, and is looking forward to continue his ways versus a tough LA Tech Bulldogs defense. After a month long “break” Lunt will lead the Illini in to the Cotton Bowl to try and earn their ninth bowl game win.

Louisiana Tech Bulldogs
The Bulldogs are coming into this game with a 7-1 record in Confernce USA play. That record was good enough for tops in their conference and a shot at the conference title versus Marshall. The Thundering Herd proved to be too much for the Dogs as they dropped their championship game 23-26. Their star running back Kenneth Dixion finished fifth in FBS with 21 rushing touchdowns and 1,236 yard on the turf! The Illini are 123 out of 125 in rush defense, so look for Dixon to have a monster day in the Cotton Bowl.

Prediction: Although Illinois made it to a bowl game, I see this one going all La Tech’s Way. Final score in this year’s Zaxby’s Heart of Dallas Bowl going to the Bulldogs 38 – Illinois 21. 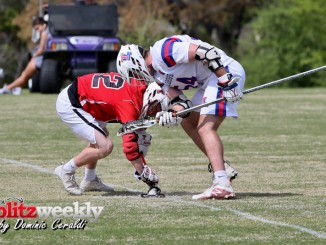 Video Visits With The Mean Green