It is possibly the most anticipated fight in the sport of mixed martial arts and has been on hold for many years since the arrival of both Ronda Rousey and Cristiane “Cyborg” Justino’s arrival into the sport. With many fans wanting to see this fight time and time again it never got to the level of becoming a reality as “Cyborg” had steroid issues (with the addition to being in a different weight class) and Strikeforce being bought out by the UFC, so it basically seemed as if the fight was doomed to never take place.

Though, it was just recently discovered that Dana White has signed “Cyborg” to the UFC for two months, which now brings people to believe if this is all true or just a mere rumor to get people more hyped about the possible super fight between two of the greatest female fighters in the history of mixed martial arts. It still leaves everyone to question on whether or not this fight will ever really happen.

Why it could possibly happen is for the fact that these two women do not seem to show any respect for each other, their opponent’s fans seem to get more pumped about the fight as they know when the fight happens it is going to be brutal. Another reason is because it would bring in lots of money, which is always great for a pay per-view event because not only would the money come from the live audience, but the televised audience that would surely pay good money to buy the event and watch the epic fight between both warriors.

Then there is the fighting style of each fighter as Rousey’s judo would be epic to see used on “Cyborg” as “Cyborg’s” sheer strength and power would be a great way to counter act Rousey’s takedowns and possibly bring more of an aggressive fight for which Rousey would love to have. For this fight could be a mixture of both feet and ground game as neither would show any signs of mercy towards the other and thus that would bring out the best in them to where they want to show the world why they are the best at what they do.

Now comes to the possible reasons on why this fight will not happen, first off, “Cyborg” has had a little dispute of steroid issues in her career, which is a drug that is taken very seriously in the UFC and mixed martial arts all together. Though it has been many years since she has taken them the controversy still lingers on whether she still uses them or if she will go back to using them, thus making her career in the UFC an impossible one.

Then there is the different weight classes of each woman as Rousey fights at 135 pounds and “Cyborg” is at 145 pounds, so in order for the fight to happen “Cyborg” would have to cut ten pounds in order to try to secure her spot against Rousey. Though it may just be too difficult for her to do as “Cyborg” usually weights around 165 pounds and so she must keep the weight off in order to compete, so for her to drop another ten pounds can really have a devastating effect on her performance and just might be a little more than what she can handle.

Then, of course, Rousey will have to defeat Correia at UFC 190 in August in order to secure a spot closer to facing “Cyborg”, but then she will have to defend her belt against the winner of the Miesha Tate vs. Jessica Eye bout, scheduled to take place sometime in June. So in reality Rousey must continue to remain undefeated in order to keep the possibility of the fight ever taking place alive, for she knows how bad the fans want to see her take on one of the baddest female athletes ever. If she were to fight and defeat “Cyborg” it would boost her career even more, which is just what she wants her career to do while she competes so she can be remembered as the greatest female fighter to ever step foot into the octagon and possibly the greatest female athlete ever.

With all the possibilities on whether or not this fight truly will ever happen is a mystery that will only be solved when it actually happens. 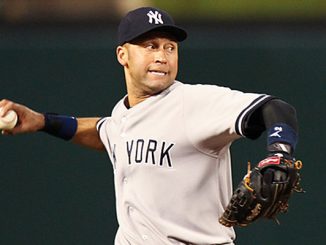 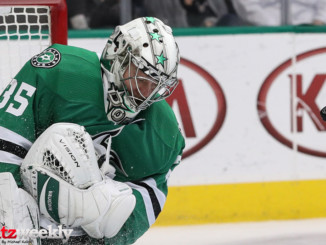