UFC 204 is shaping up to be a big card for England and it is no surprise that the main event will feature their home country hero Middleweight Champion Michael Bisping defending his belt against a man who has previously defeated him, Dan Henderson at UFC 100. With the main event being possibly a big draw to make fans want to tune into this card. However that is not the only reason why you should watch it and here is why…

Now that we have that out of the way let’s look the main card which we will begin with the heavyweights which includes Stefan Struve against Daniel Omielanczuk and why this match up makes the card that more exciting is the fact that the fight is a heavyweight fight and therefore fans are sure to see some heavy strikes along with great athleticism. Indeed Omielanczuk is not that popular as Struve is and really doesn’t seem to stand much of a chance in this bout, but we cannot forget that the heavyweight division is full of tough fighters that can sure cause some damage to their opponents. That is why this fight is another reason to tune into this card because you are bound to see some heavy strikes thrown and taken among two giants.

The next fight will consist of Ovince Saint Preux and English native Jimi Manuwa and the fact this fight will have another English fighter fighting in his home country. This fight gives more reason to tune into this card since both of these fighters are on opposite ends of the leader board and for them to face each other could give the possibility of giving fans around the world another upset. Fans love to watch upsets take place and when they come out of nowhere that makes them more memorable.

Now comes the co-main event between Vitor Belfort and Gegard Mousasi and this fight should be another reason to watch this card. It consists of two deadly strikers that the UFC has to offer in the middleweight division. They both are well known to the fans and so everyone knows their style of fighting so why not see how they would compete against each other. Even the fact that Mousasi has better ground game than Belfort fans gives another great aspect to see if Belfort will be able to handle the ground game of Mousasi or if Mousasi will prove once again why he is the greatest submission specialist in the middleweight division.

Now let’s go back to the main event between Bisping and Henderson, which is indeed the main reason why you must tune into this card. When both of these warriors fought, it was at the top pay-per-view seller of the time UFC 100 where Henderson would knockout Bisping in Round 2. Their first meeting was back in 2009 and so a lot has happened in both their careers since then so this fight looks to be completely different from their first, but that is what makes it that much more exciting to watch. As Henderson has had a little of a rough past few years he has managed to make a small comeback and since he has announced that his second fight against Bisping will be his last in his career why not tune into this card and watch him fight his final fight with the possibility of retiring as middleweight champion. There have not been many fighters that have managed to accomplish that dream and for Henderson to do so would not only be history in the making, but give the year 2016 another memorable moment to help make it possibly the best year in the world of MMA.

I have given you all the reasons to not miss this event I hope everyone is now pumped for Saturday night’s card and just waiting to see all that is about to go down that could make its way into the UFC books. 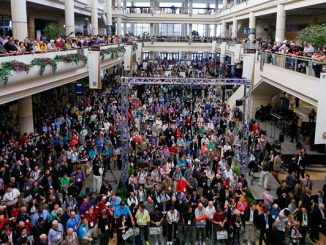 AMANDA NUNES PROVED WHY SHE IS THE MOST DANGEROUS FEMALE ATHLETE 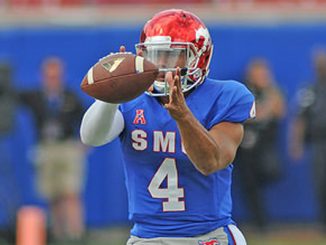