At UFC 198 Stipe Miocic truly made a name for himself as he defeated Fabricio Werdum via knockout in just 2:47 to become the UFC Heavyweight Champion as well as the second fighter to ever finish Werdum (other is Junior dos Santos at UFC 90). As he was one of the most underrated superstars at the time people really did not see him as a possible threat to the rest of the heavyweight division, but now that he is the champion he proved everyone wrong.

Now that he is the new “Baddest Man on the Planet” we have to ask ourselves, “who is next for him?” Let’s look at the possibilities…

For starters is comeback superstar Alistair Overeem, who has made some outstanding changes to his game plan and is on a mission to add another trophy to his collection. Overeem looks to do just that as he is expected to fight for the title later in the year. Overeem would be first up due to his incredible striking and ground game that could match Miocic’s own and possibly give him a true test of him skills in the sport. Also there is the fact that Overeem is very organized on his takedown defense which would be great to see how he does against a much more well-rounded wrestler in Miocic than he has faced in the past.

Then of course, a rematch with Fabricio Werdum, who by far is Miocic’s biggest win, could be the next possible fight for the newly crowned champion as their first encounter ended much sooner than anyone expected. This could be in the works because the first fight remained on their feet and so we never got to see how the fight would have played out on the ground, which could have changed the outcome of the fight. Even more, it would give Miocic another opportunity to prove himself to the UFC and the fans that he is the heavyweight star everyone has been waiting for. It would even give Werdum the chance to avenge his loss to Miocic and not only reclaim the belt, but set up for a trilogy fight. Who doesn’t love trilogy fights?

The cardio freak Cain Velasquez would be another great opponent for Miocic as he is a former two time champion as well that was once believed to be unbeatable and possibly carry the title until he finally whipped the division clean. Velasquez would make great sense. To see these two go at it in the octagon as they both are extremely well-rounded wrestlers and have possibly the best cardio conditions ever seen in the UFC and the sport of MMA. After all they both have demolished most of their opponents in a similar fashion so it would only make sense for them face each other and truly test their abilities against one another to see who really is more aggressive and can take the most shots before giving in.

A rematch against another former champion Junior dos Santos could also be in the works for Miocic as their first encounter back in 2014 at UFC on Fox 13 was by far one of the greatest fights in the heavyweight division which was a close call. Dos Santos managed to pull through and won via unanimous decision (48-47, 49-46, 49-46). Though dos Santos walked away victorious, Miocic still managed to keep the fight close as well as inflicting some major damage to the former champion that made fans believe he had what it took to rise to the top and become champion, which he did. Now that Miocic holds the belt that dos Santos has been desperately wanting back it would make sense to give the former champion another shot against the new champ after he beat him in their first confrontation and could very well beat him again. Though Miocic has made massive improvements since their first meeting, Miocic could give the UFC another shock by defeating the former champion and thus setting up another possible trilogy fight.

With all that said, the UFC will decide and as long as Miocic is competing; he most likely will not care as long as he is defending his belt to prove why he is the greatest heavyweight to ever set inside the octagon of the UFC. 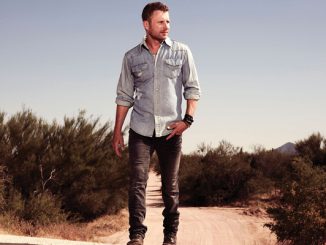 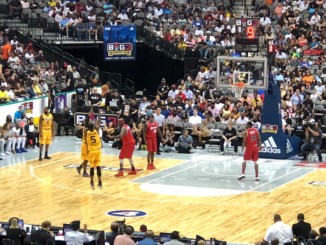