Austin, Texas – Dell and World Golf Championships-Dell Match Play announced that the selection of the groupings for the Dell Match Play will be broadcast in front of a live audience from the heart of Austin at the iconic Paramount Theatre on Monday, March 21, airing from 6-8 p.m. CDT on Golf Channel to kickoff tournament week.

The top seed for each of the 16 four-player groups will be filled by the top 16 players in order of their position in the Official World Golf Rankings. Subsequently, the remaining three players in each group will be determined by a blind draw from three separate pools based on each player’s overall standing in the OWGR. This blind draw will round out the 16, four-man groups for the first three rounds as the world’s best golfers take center stage at Austin Country Club on March 23-27.

Under the guidance of the PGA TOUR competitions officials, the two-hour selection show will televise the draw, analyze the groups and feature live interviews from select players at the theatre for comments and reaction. As the show progresses, completed groups will be posted live to PGATOUR.COM and fans will be able to follow analysis and commentary throughout the draw.  A live stream of the show will also be available at PGATOUR.COM, GolfChannel.com and through the Golf Live Extra and PGA TOUR mobile apps.

Tickets to the show are currently on sale with all proceeds set to benefit the Paramount Academy for the Arts through the Austin Theatre Alliance. Tickets vary in price with $20, $5 and $100 options and can be purchased at www.austintheatre.org or by calling (512) 474-1221. The $100 ticket includes a one-hour pre-event reception with cocktails, food and live music in the lobby of the adjacent State Theatre.

The Paramount Academy for the Arts provides programs that focus on the youth of Central Texas, including active partnerships with more than 100 schools and 40 non-profits throughout the region, serving approximately 22,000 children annually. The Paramount Academy for the Arts aims to integrate the arts across all curriculum, with a goal to raise creative, empathetic, literate and collaborative thinkers in Central Texas schools.

Support of the Paramount Academy for the Arts helps to provide programming to children across Austin, regardless of their background. Support to the academy also helps provide:

“We are looking forward to launching tournament week by showcasing Austin and the Dell Match Play to national television audience,” said Bryan Jones, Dell’s vice president of Global Commercial Marketing. “Golf Channel’s Dell Match Play Draw Show in the heart of downtown Austin in front of a live audience benefitting a local charity is the perfect way to kickoff what will be a spectacular week.”

“The draw process is one of the many exciting elements of the Dell Match Play that are exclusive to this event,” said Tournament Director Jordan Uppleger. “I can’t think of a better way to kickoff tournament week then at an iconic element of downtown Austin with fans able to see a number of the world’s best players live as they learn of their opponents as part of a Golf Channel special. Even better, fans who purchase tickets to this event will know that proceeds benefit a fantastic charitable organization right here in Austin. ”

Below is an example of how the seeding process would work if the Dell Match Play Draw Show was held today.

The final three spots in his group would be randomly drawn from the pools below. 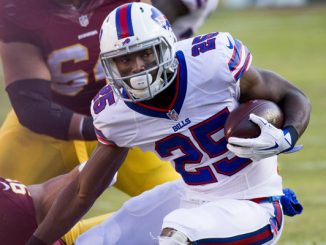