The Golden State Warriors are having one of the best seasons in NBA history. So much so that they are being compared immensely close to the 1995-96 Chicago Bulls. A Bulls team that has been the benchmark to how great a team can be and the Warriors have a legit shot to tie or even break it.

That Bulls team was great but the reason that it had so much impact was because they backed it up with a championship trophy. Breaking the regular season record will mean absolutely nothing if the Warriors don’t pair a championship with it. Here’s how the Warriors miss out on hosting up the trophy for the second straight year.

San Antonio Spurs
The Spurs are playing such great basketball and they would be in the forefront of media attention if it wasn’t for the Warriors playing out of their minds. So far the Spurs are winning the season series 3-2 with two more games in the series to go. The Spurs have Popovich who is a methodical mastermind when comes to game planning. They have the most balanced overall lineup in the NBA and excel in positions that match up well with the Warriors. Also they have Kawhi Leonard who, with his arms that seem to stretch across the court, is in the MVP discussion. LaMarcus Aldridge is also playing his best basketball at the right time and Draymond Green doesn’t have the size to match up with him that well. Overall the Spurs are more balanced than the Warriors and in the playoffs you need to rely on all aspects of your team.

Too Much Shooting
The Warriors are arguably the best shooting team of all-time. In three point percentage as a team they rank second all time only behind the 1996 Charlotte Hornets. In overall field goal percentage as a team they are in the top 20. That being said, shooting percentages drop in the playoffs and teams are going to take away the three point shot from them. Also in a seven game series all they need are two or three bad three point shooting games and the Warriors will be in a world of trouble. Teams historically that are pure shooting teams and have a run and gun offense struggle in the playoffs. This could be the ultimate downfall for the Warriors if they have a couple of bad shooting games.

Defense
The Warriors defense isn’t terrible this year but it is worse than last year. They are giving up five more points per game and their defensive rating has gone down to fifth from first last year. They have struggled against teams that have good point guards. Curry is not the best defender and if they want to win a championship Curry is going to have to face the likes of Tony Parker, Kyrie Irving, Kyle Lowery, Russell Westbrook, Chris Paul and Damian Lillard. Overall the team is on the smaller side and if they face a team that forces them inside they will struggle.

The Warriors are a great team but Curry is injury prone and if he goes down its over. The Warriors will beat whoever they play in the first round. From the second round and on, all of the teams that they could possibly play have great players that have a really good shot at beating them. If the Warriors do win the championship while pairing it with at least tying the record they have a really good case at saying they are the best team to ever step on the court. 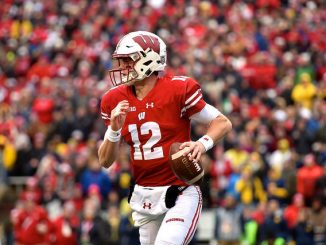 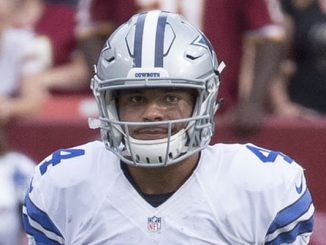 Dallas Cowboys at New York Giants: This Game Has Layers 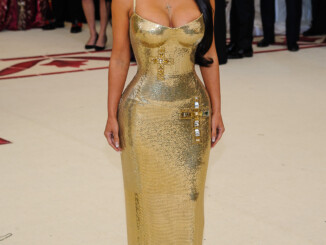 Kardashian Clan Predicted to Earn up to $1 BILLION in 2021, Salary Study Shows