How They Got Here
Boise State boasts one of the nation’s most potent offenses led by star running back Jay Ajayi. Arizona counters with linebacker Scooby Wright – widely considered the best defensive player in the nation – and a very capable offense of its own. Throw in two teams eager to prove themselves on the national stage and the ingredients are all there for a very exciting Fiesta Bowl. A ninth straight win and another postseason victory against a Power 5 opponent will be the focus for No. 20 Boise State when it faces 12th-ranked Arizona on New Year’s Eve in Glendale.

#20 Boise State
Boise State returns to this bowl in its first season under Harsin, a former quarterback and assistant coach at the school. The Broncos recorded at least 11 wins in five consecutive years before an uncharacteristic 8-5 mark in 2013 in Chris Petersen’s final season before leaving for Washington. Harsin guided Boise State to its first outright league championship since joining the Mountain West in 2011 with a 28-14 victory over Fresno State on Dec. 6. That was the Broncos’ eighth straight win since a 3-2 start that included losses to then-No. 18 Mississippi and Air Force. Ajayi has been instrumental in that high-powered offense, and this game gives him a golden opportunity to prove himself on a national stage after he ranked second in the country with 2,225 all-purpose yards. He is fourth in the FBS with 1,689 rushing yards and is also a big-time threat out of the backfield, ranking second on the team with 45 receptions for 536 yards. Ajayi enters the bowl season with 29 total touchdowns, tied with Heisman Trophy runner-up Melvin Gordon of Wisconsin for most in the nation.

#10 Arizona
“Arizona is right there at the top within their conference, as a program,” Broncos coach Bryan Harsin said. “I think Boise State is there, as well. So that’s what makes it fun as far as this matchup goes. I think both teams have played quality opponents and both teams, as far as programs go, have had a lot of success this season in particular. It makes for a great matchup.”

This is new territory for Pac-12 South champion Arizona (10-3), which is enjoying its best season since finishing 12-1 in 1998 and will be making its third trip to the Fiesta, but its first since 1994. The Wildcats should have a decided advantage of fan support with their Tucson campus less than a two-hour drive away. “I’m really happy for our players, staff and especially our fans,” Coach Rich Rodriguez said. “We have a lot of fans and alumni in Phoenix and hopefully everyone else in Tucson can get up there. It should be nice for the players’ families too because it is a nice time of the year here in Arizona.”

Anu Solomon struggled mightily in the title game, going 6 of 12 for 34 yards before he was benched. That put a damper on a fantastic season for Solomon, who led all freshmen with 3,458 passing yards and threw 27 touchdowns with only seven interceptions. Solomon is also a threat on the ground, rushing for 259 yards as the triggerman in Arizona’s spread offense. The Wildcats scored at least 26 points in 11 games, ranking 26th nationally with 37.0 per game.

Prediction: This will be one of the more exciting games this year. Look for the Wildcats to pull it out in the fourth quarter. Arizona 30 – Boise St. 28 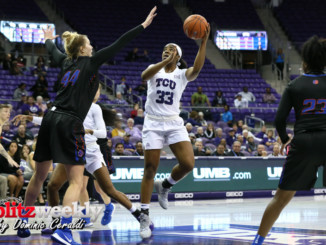