It’s always big news for Adam Sandler fans when one of his movies shows up on Netflix and in the case of 2019’s Uncut Gems, which makes its debut on the streaming site on May 25, it features what it is likely the best performance of his career.

Granted this is not the Adam Sandler from Billy Madison, Big Daddy, Grown Ups, Happy Gilmore or his latest Netflix hit Murder Mystery, but rather the serious Sandler along the likes of Punch-Drunk Love, The Meyerowitz Stories (New and Selected) and Funny People.

Sandler stars as Howard Ratner, a New York jewelry store owner and compulsive gambler who’s scrambling to pay off his debts, including $100,000 he owes to his loan shark brother-in-law. His latest score has made its way to Manhattan from the diamond minefields of Ethiopia and it is his ticket to making a lot of things right, if he can help himself from blowing the chance.

Ratner’s life and his store in the Diamond District are both full of non-stop chaos that is only enhanced when his right-hand man brings Boston Celtics star Kevin Garnett into the store. Garnett is immediately taken with the rare Ethiopian black opal and borrows it in exchange for leaving his Celtics championship ring as collateral.

While attempting to win money on a Celtics game to pay off his brother in-law, Ratner must also juggle his personal life that between his wife Dinah wanting a divorce and his employee/mistress Julia living in his apartment in the city.

Sandler eats up the screen portraying Ratner as a guy that the viewers won’t like leading up to the intense climax.

Garnet shines in his scenes and Julia Fox also puts in great work as Ratner’s mistress.

The film had its world premiere at the Telluride Film Festival in August and opened in theaters in December to much critical acclaim including a 95% fresh rating on Rotten Tomatoes. 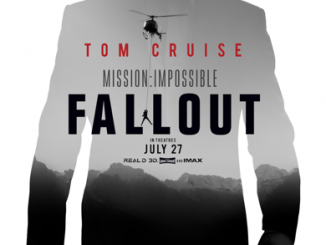