Can A-Rod Keep It Together?

As an avid baseball fan from way back, I vividly remember all the hype heaped upon one Alexander Emmanuel Rodriguez. After all, when he debuted with the Seattle Mariners on July 8, 1994, he was just the third 18-year-old starting shortstop in modern Major League Baseball history.

The others were Tony LaRussa with the Kansas City Athletics in 1963, and Robin Yount with my Milwaukee Brewers in 1974. LaRussa ended up as a multiple-World Series champion manager and Yount finished as a Hall of Fame player.

I saw the player better known as Alex Rodriguez (A-Rod for short) in person a number of times early in his career when the Brewers still were in the American League. A business trip to the Pacific Northwest even afforded me the chance to watch him once in the old Kingdome.

He more than lived up to his advance billing in his first full year in 1996 with a .358 batting average with 36 home runs and 123 runs batted in, earning him some Player of the Year honors. Four ensuing seasons in Seattle produced four more similar years. Yet for most of his time in Seattle, he was simply one of the sport’s brightest stars on the field with no signs of any trouble off it.

Nobody at that time had any inkling of the many personal and professional controversies and scandals with which he’d later be associated. We figured outstanding statistics like his only could be produced by pure talent. Never did it cross our minds that foreign substances might be the cause. Remember, this was before the uncovering of the steroid era that has tarnished the game ever since.

Perhaps we should have seen trouble coming the moment former Texas Rangers owner Tom Hicks handed out the now-famous 10-year, $252 million contract entering the 2001 season, and again in 2007 when the New York Yankees beat that with a 10-year, $275 million deal. Money has a funny way of changing too many people and perhaps earning such exorbitant sums was a ticket to controversy and problems both between the white lines and outside the stadiums.

Another factor the second half of A-Rod’s career was playing in the bright lights and media scrutiny that is New York City. While signing Rodriguez to that fat contract may have been the worst move ever during Hicks’ tenure as Rangers’ owner, trading him to the Yankees in 2004 very well may have been his best.

It’s interesting that so much of A-Rod’s negative publicity has surfaced during his 10 years in the Big Apple. Remember in 2008 when he was linked to Madonna and rumored to be why she filed for divorce from husband Guy Ritchie and Rodriguez from wife Cynthia?

Former Chicago White Sox and Miami Marlins Manager Ozzie Guillen recently said on Twitter that Madonna caused A-Rod to go bad. Guillen fails to mention the problems sprung up long before that. In 2009, when after initially denying performance enhancing drug use, including in a 2007 interview with Katie Couric on 60 Minutes, Rodriguez finally admitted that he used steroids when with the Rangers. He said it was because of the enormous pressure he felt to perform.

Maybe it was trying to live up to the weight of his hefty contract. It certainly helps explain years with 52, 57 and 47 home runs, numbers normally reserved for first or third basemen or outfielders.

One would think telling the truth would be the end of Rodriguez’s lies. But there’s an old saying that once a liar, always a liar. So it should not be a surprise about his alleged involvement in the Biogenesis scandal that has him currently appealing a 211-game suspension by Commissioner Bud Selig, the longest suspension in baseball history without a lifetime ban. The potential money he would lose by not challenging the ruling also explains his role in the feud with his team to come off the disabled list this summer.

Interestingly, the same New York Yankees who seemed to try their best to keep him off the field, devoted 18 pages in their 2013 Official Media Guide & Record Book to what he had done. There’s plenty of separate boxes within the section to note his numerous achievements, many of which rank among the best in the sport’s history. They include:
• Surpassed Lou Gehrig for the most grand slams ever with 23.
• 5th on the all-time home run list with 647 behind only Barry Bonds, Hank Aaron, Babe Ruth and Willie Mays.
• Tied with Stan Musial for the most runs batted in with 1,950.
• Youngest player to hit 600 home runs.

Naturally, there’s not one word about anything controversial. Perhaps the reaction he’s received upon finally playing this year from home and road fans alike says it best: Alex Rodriguez may be the most polarizing player in baseball. Love him or hate him, you can’t ignore him. And that and the money are the key reasons he continues to play.

Whether he plays or not soon may not be in his hands. Those in A-Rod’s camp think the Yankees and baseball are trying to keep him off the field to rid themselves of his contract and his controversies. There’s also concern he’ll receive little help from the Major League Baseball Players Union in fighting his suspension.

While union chief Michael Weiner has said his group agrees with the decision to fight the suspension, he’s also made  statements that if anyone is guilty, they should negotiate a settlement. A great example is Milwaukee’s Ryan Braun who after denying his Biogenesis involvement, accepted a 65-game suspension and apologized to Brewers’ fans for his mistakes.

A recent New York Times story said Rodriguez and his people are worried the union will not do everything it can to help him as it weighs what’s good for all players over the good of one player whether the suspension was fair or not.

So are we close to seeing the last of Alex Rodriguez on the field? The answer will be decided over the offseason. Whatever the outcome, we’ll pay close attention because we’re hard-wired to watch the rise and fall of celebrities like Alex Rodriguez .

The Death of Critical Analysis 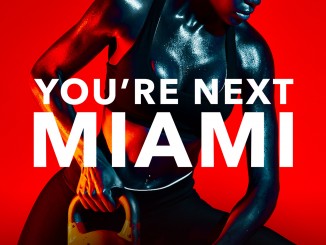