UFC Fight Night: Nelson vs. Ponzinibbio will air on July 16, 2017, in Glasgow, Scotland.

#8 GUNNAR “GUNNI” NELSON (16-2-1) vs. #14 SANTIAGO “GENTE BOA” PONZINIBBIO (24-3-0)
This is a five-round main event in the welterweight division. Nelson brings Goju-Ryu Karate, jiu-jitsu, and wrestling striking power and hardcore grappling control. Ponzinibbio brings boxing, kickboxing, and jiu-jitsu giving him on spot knockout power with grappling control and cardio. This fight contains a well-rounded striker taking on a well-rounded grappler and based on who is more skilled I think Ponzinibbio will take this fight with his efficient knockout power that could prove to be more than Nelson can handle. Now, yes, Nelson has great ground game with his jiu-jitsu and wrestling combination, but Ponzinibbio has great jiu-jitsu of his own to where he can match and even counter Nelson’s grappling so unless he can catch him off guard and while not letting him place pressure while standing I see this being Ponzinibbio’s first big step into stardom. My prediction: Ponzinibbio wins via unanimous decision.

#8 JOANNE “JOJO” CALDERWOOD (11-2-0) vs. #14 CYNTHIA CALVILLO (5-0-0)
This is a three-round co-main event in the women’s strawweight division. Calderwood brings kickboxing, Muay Thai, and jiu-jitsu giving her knockout power and cardio. Calvillo brings striking and jiu-jitsu giving her knockout power and grappling control leading her to a perfect record. Women never fail to impress the fans and with both of these two amazing athletes bringing great combinations of striking and grappling fans can expect to see a war. All in all, Calvillo looks to be taking this fight even though she has only been competing for a short amount of time she still has shown a fantastic ability of her striking and jiu-jitsu proving why she is possibly the next big thing in the women’s strawweight division. Calderwood has a great combination of striking herself and so if she could use it to pressure Calvillo and keep her pinned against the cage then she could surely take this fight. However, Calvillo has great speed and ever shows any signs of intimidation while she competes inside the Octagon making her that much more a sneaky opponent. My prediction: Calvillo wins via submission in Round 2.

STEVIE “BRAVEHEART” RAY (21-6-0) vs. PAUL “THE IRISH DRAGON” FELDER (13-3-0) This is a three-round fight in the lightweight division. Ray brings striking, jiu-jitsu, and wrestling giving him knockout power and grappling control. Felder brings Muay Thai, taekwondo, karate, and jiu-jitsu giving him knockout power with grappling control. With Ray being more well-rounded in grappling and Felder being more of a striker this fight will be decided on how the fight is played out. With Ray’s jiu-jitsu and wrestling style, it appears as if he will take this fight with ease. But Felder is no one to joke with when it stepping inside the Octagon as he not only has impressive power in his striking but great defense as well making it much harder for his opponents to try and take control. My prediction: Felder wins via unanimous decision.

JACK “THE HAMMER” MARSHMAN (21-6-0) vs. RYAN JANES (9-2-0)
This is a three-round fight in the middleweight division. Marshman brings boxing and jiu-jitsu giving him efficient knockout power with grappling control. Janes brings kickboxing and jiu-jitsu giving him striking power with well-rounded grappling control. This is a fight of striker versus grappler and that only means the fight will be decided on how the fight is played out. From great striking and takedown defense, Marshman looks to take this fight as Janes relies heavily on his jiu-jitsu and Marshman knows jiu-jitsu of his own so trying to take control will be extremely difficult for Janes. My prediction: Marshman wins via knockout in Round 2.

KHALIL “THE WAR HORSE” ROUNTREE (6-2-0) vs. PAUL “BEARJEW” CRAIG (9-1-0)
This is a three-round fight in the light heavyweight division. Rountree brings boxing, jiu-jitsu, and wrestling giving him knockout power and grappling control. Craig brings boxing and jiu-jitsu giving him knockout power with grappling control leading him to a near perfect record. With both of these fighters containing similar techniques, the outcome will be decided on who uses them more efficiently, which Craig looks to have a better combination than Rountree for Craig has more well-rounded striking mixed with his grappling that I believe will play a huge part in this fight. The only way I see Rountree taking this is to find Craig’s weak spot on his chin and go all out on him because if he doesn’t then this fight could be over real quick. My prediction: Craig wins via submission in Round 1.

JAMES “JUGGERNAUT” MULHERON (11-1-0) vs. JUSTIN “BIG PRETTY” WILLIS (4-1-0)
This is a three-round fight in the heavyweight division. Mulheron brings striking giving him great knockout power leading him to a near perfect record. Willis brings striking giving him knockout power and a near perfect record. With fight containing two fighters who are only known for striking this fight will surely be a battle of who has more power along with a steel chin, which in that case Mulheron looks to be in favor of taking this fight all from having more experience and ability to pressure his opponents where Willis really has nothing to show this early in his career. Though, since Willis is a new face he could surprise us but I don’t think it will be against Mulheron. My prediction: Mulheron wins via TKO in Round 3. 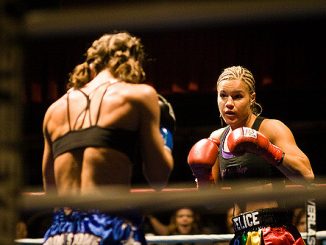 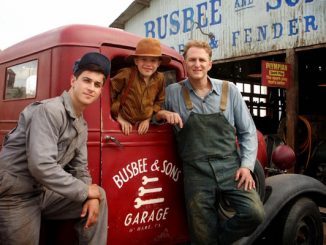 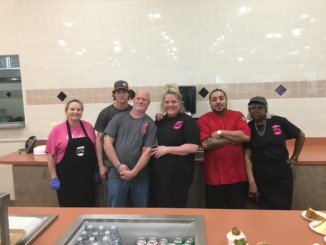