UFC Fight Night: Overeem vs. Arlovski will air May 8, 2016 in Rotterdam, Netherlands. If you need to make things even more fascinating, head over to William Hill and place a wager at http://sports.williamhill.com/bet/en-gb/betting/c/402/mh/UFC+++MMA.html

#3 ALISTAIR “THE REEM” OVEREEM (40-14-0, 1 NC) vs. #5 ANDREI “PIT BULL” ARLOVSKI (25-11-0, 1 NC)
In this fight are two heavyweights that have risen towards the top of the leader board and are looking to make a huge statement by adding a major win to their record and thus earning a possible title shot. Overeem brings judo, kickboxing and grappling that has lead him to 40 wins in his career as well as being a former Strikeforce Heavyweight Champion. Arlovski brings sambo, kickboxing, boxing, judo and jiu-jitsu that has helped him become possibly the deadliest striker in the UFC as well as being a former UFC Heavyweight Champion. With both fighters being well trained in both striking and grappling techniques it looks as if the fight will come down to who is much better skilled in both. With that being said Overeem looks to be the favorite with his impressive striking patterns in his fights as well as his well-rounded ground game that has played a great affect in him being able to take full control of fights. Overeem is then capable of setting up for submission attempts to try and finish his opponents before time runs out. Though we cannot forget the deadly striking power that Arlovski possesses and everyone knows just how much power he throws in his strikes when they make contact with his opponents. If the fight remains on their feet, it looks to be in the favor of Arlovski where he will put pressure on Overeem and set him up for a knockout. If Overeem can get Arlovski to the ground then he would most likely end up placing Arlovski in a submission since Arlovski is not as well-rounded as Overeem. This could give Overeem the edge he needs to walk away with another major win and be enough to earn him the next crack at the belt. My prediction: Overeem wins via knockout in Round 2.

#12 ANTONIO “BIGFOOT” SILVA (19-8-0, 1 NC) vs. STEFAN “SKYSCRAPER” STRUVE (30-8-0)
This is a three round fight in the heavyweight division. In this fight are two fighters looking to turn their careers around by getting back on a winning streak and climb into the top ten rankings of the heavyweight division. Silva brings judo, karate and jiu-jitsu which has given him impressive striking power as well as being a former Heavyweight Champion in EliteXC and Cage Rage. Struve brings kickboxing and jiu-jitsu. Struve has become efficient in both knockout and submission victories. Since both fighters have almost the same style of fighting it looks to be a bout of who can out last the other and the strength of their chin. If that is the case, then Struve just might be the one to take this fight with his reach advantage as well as being able to finish his opponents even after they have put him in a world of hurt. Silva has some highly powered knockout striking that has been proven to be lethal in all his fights and could be just what he needs to put some hurt on Struve and get back onto the winning road with the possibility of working his way back into the top ten on the leader board. However Silva will have to keep pressure on Struve in order to set up for a knockout or possibly take the fight to the ground to where Struve could not use his reach advantage or else Struve will be able to set up for his own knockout. My prediction: Bigfoot wins via knockout in Round 1.

RUSTAM “TIGER” KHABILOV (18-3-0) vs. CHRIS WADE (11-1-0)
This is a three round fight in the lightweight division. In this fight are two fighters that are somewhat new to the UFC and are looking to make a great career inside the octagon by continuing their winning streaks within the UFC and proving to everyone that they are the new generation of fighter looking to make a great impact on the sport of MMA. Khabilov brings sambo and army hand-to-hand combat and wrestling that has made him well-rounded on his feet and ground along with great with cardio that has given him a close to perfect MMA. Wade brings kickboxing, jiu-jitsu and wrestling that has helped him become great with grappling and cardio that has given him close to a perfect MMA record. With this fight having two fighters with great cardio and one being well-rounded in grappling and the other in striking, the fight will come down to who has the better defense game plan where in that case looks to be in Wade’s favor due to his wrestling background which has come in great use in all of his fights making him a great contender in the lightweight division. Though Khabilov’s striking is very effective and could a huge challenge for Wade as he will have to up his striking defense much more in order to keep Khabilov from setting up a knockout finish, but at the same time Khabilov will have to up his takedown defense as he will be facing a well-rounded wrestler and everyone knows just how brilliant wrestlers are and bringing their opponents to the ground. My prediction: Wade wins via unanimous decision. 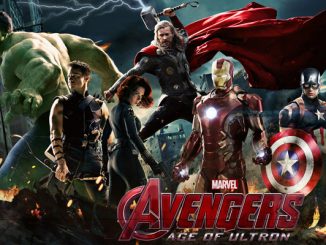 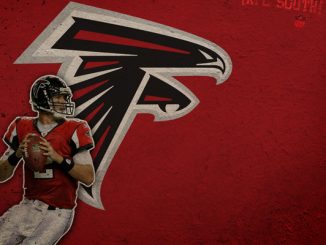