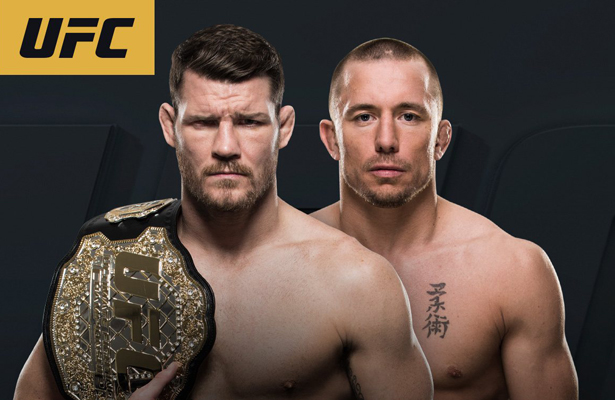 (C) MICHAEL “THE COUNT” BISPING (31-7-0) vs GEORGES “RUSH” ST-PIERRE (25-2-0)
This is a five-round fight for the middleweight championship. Bisping brings boxing, kickboxing, karate, jiu-jitsu, and wrestling giving him knockout power with grappling control and cardio leading him to become the current champion. St-Pierre brings boxing, Muay Thai, Kyokushin, Gaidojutsu, jiu-jitsu, and wrestling giving him knockout power with grappling control and cardio leading him to become a former welterweight champion and the longest reigning champion of the welterweights. Both of these fighters have had outstanding careers and look to add their biggest victory yet to the numbers when they face each other for the first time. From the striking and grappling techniques the fight could go either way, but from all the experience and skills set St-Pierre looks to return to the octagon with a bang and make history with his Muay Thai and wrestling combinations which Bisping really is not up to his level in. Though Bisping is much larger and if he could use his size and reach advantage to land a few strikes with the possibility of bringing St-Pierre to the ground where he could wear him down more and find the weak spot in his chin as the fight progresses. But St-Pierre has always been a tough fighter and he does not look to go down that easy and upon his return, he looks to make a statement and prove that even though he has been gone for four years he is still the best there is. My prediction: St-Pierre wins via unanimous decision.

(C) CODY “NO LOVE” GARBRANDT (11-0-0) vs #2 T.J. DILLASHAW (15-3-0)
This is a five-round fight for bantamweight championship. Garbrandt brings boxing, jiu-jitsu, and wrestling giving him extreme knockout power with outstanding cardio leading him to a perfect record as well as the current champion. Dillashaw brings kickboxing, Muay Thai, jiu-jitsu, and wrestling giving him knockout power with grappling control and cardio leading him to become a former bantamweight champion. In this anticipated title fight, fans know this is going to be a bloodbath between these two former teammates now turned rivals as they both possess nearly the same techniques and skill level making the fight all more worthwhile to enjoy. Based upon who is better paced and accurate Garbrandt looks to be walking away with the gold once again for his boxing is just spot on with an impressive knockout power which seems too challenging for Dillashaw to try to overcome. The only way Dillashaw stands a chance is to try and turn the fight into a ground-and-pound competition where he has shown great performance where Garbrandt in mainly a standup fighter. But Garbrandt has great takedown defense and even exposed some of his ground-and-pound against former champion Dominick Cruz already proving he can stand with his opponents both standing and on the ground making Dillashaw’s chances of winning this fight less and less by the skills and numbers. My prediction: Garbrandt wins via knockout in Round 3.

(C) JOANNA JEDRZEJCZYK (14-0-0) vs #4 ROSE “THUG” NAMAJUNAS (7-3-0)
This is a five-round fight for the women’s strawweight championship. Jedrzejczyk brings boxing, kickboxing and Muay Thai giving her knockout power along with speed and cardio leading her to become the current champion. Namajunas brings striking, taekwondo, karate, jiu-jitsu, and wrestling giving her striking power with grappling control and cardio. In this fight, a striker will be taking on a grappler like many other fights before, but when it comes down to the speed and defensive game Jedrzejczyk looks to continue her reign as the most dominant female fighter inside the octagon for Namajunas does not seem well-equipped to take on such a fast-paced striker like Jedrzejczyk. The only way Namajunas could stand a chance is to somehow catch Jedrzejczyk off guard and bring the fight to the ground where she could then use her ground-and-pound skills to weaken Jedrzejczyk and use her jiu-jitsu and wrestling to place her in a submission hold with hopes of submitting her and ending her reign as champion. But Jedrzejczyk is the champion for a reason and with how defensive she is along with her accuracy in every strike she will not let Namajunas take the upper hand so easy as she keeps pressuring her while using her size and strength the best of her advantage as possible. My prediction: Jedrzejczyk wins via unanimous decision.

#2 STEPHEN “WONDERBOY” THOMPSON (13-1-1) vs #4 JORGE “GAMEBRED” MASVIDAL (32-12-0)
This is a three-round fight in the welterweight division. Thompson brings kickboxing, karate, and jiu-jitsu giving him knockout power with some grappling control and cardio. Masvidal brings boxing, kickboxing and wrestling giving him knockout power along with a grappling control and cardio. In this fight are two well-rounded strikers, so odds are this fight will come down to who can score the most points and withstand the most damage and with that in mind, Thompson’s kickboxing and karate appear more efficient than Masvidal’s boxing and kickboxing. Now, yes, Masvidal has more experience in the sport and so he will probably give Thompson a run for his money, but he just does not seem capable enough to keep up with the speed and stamina of Thompson. My prediction: Thompson wins via unanimous decision.

JOHNY “BIGG RIGG” HENDRICKS (18-7-0) vs PAULO “THE ERASER” BORRACHINHA (10-0-0)
This is a three-round fight in the middleweight division. Hendricks brings boxing, jiu-jitsu, and wrestling giving him knockout power and grappling control leading him to become a former welterweight champion. Borrachinha brings boxing, kickboxing and jiu-jitsu giving him knockout power and grappling control leading him to remain undefeated. With both fighters possessing great striking and grappling control, the fight could go either way. However, based on recent weight cuts from the former champion Borrachinha looks to take this fight with ease from his striking power that appears to be more than Hendricks is capable of handling. Yes, Hendricks has great striking of his own, but with his weight cut history, his striking power looks to be gone along with the rest of his career. Unless Hendricks could find a way to use his wrestling and try to ground-and-pound Borrachinha then this fight will be over the minute the bell rings. My prediction: Borrachinha wins via knockout in Round 1. 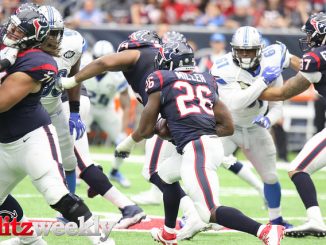 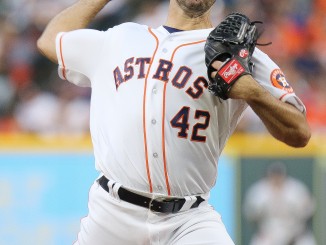 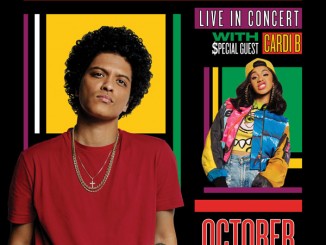