(C) TYRON “THE CHOSEN ONE” WOODLEY (16-3-1) VS. #1 STEPHEN “WONDERBOY” THOMPSON (13-1-1)
This is a five-round main event for the welterweight championship. Woodley brings boxing, kickboxing, Muay Thai, jiu-jitsu and wrestling that have given him efficient knockout power and grappling control leading him to the current champion of the division. Thompson brings kickboxing, Kempo karate, jiu-jitsu and wrestling giving him knockout power and well-rounded conditioned cardio. As their first fight turned into an epic war that ended in a majority draw the rematch will reveal who has improved in their game plan greater, which I believe Thompson just might have done that as he has been training hard to increase his takedown defense as well as his speed and power to place Woodley under more pressure than their first go around. But at the same time, Woodley has been working on his wrestling, even more, knowing that his best chance of defeating Thompson where he maintained a large control time in the first round of their fight at UFC 205. Though it will take more than just takedowns to bring Thompson down as Woodley will have to overcome Thompson’s striking power that has been proven to be deadly in all of his fights and could very well be the key to victory in finally holding the gold. My prediction: Thompson wins via knockout in Round 4.

#1 KHABIB “THE EAGLE” NURMAGOMEDOV (24-0-0) VS. #2 TONY “EL CUCUY” FERGUSON (22-3-0)
This is a five round co-main event for the interim lightweight championship. Nurmagomedov brings sambo, judo, pankration and wrestling making him efficient in striking, grappling and cardio that has to lead him to remain undefeated. Ferguson brings boxing, kickboxing, jiu-jitsu, and wrestling giving him on spot striking and well-rounded grappling. As both of these top athletes bring identical techniques the key factor will come down to who is more well-rounded, which I believe Nurmagomedov to be the man to take the fight with his hardcore wrestling and ground-and-pound that has proven to be extreme weapons in his fights and could very well be too much for Ferguson to handle. Though Ferguson does have a good mixed of striking and wrestling of his own that he could use to match Nurmagomedov’s own and possibly challenge him like no other fighter ever has. But at the same time, Nurmagomedov will be laying the pressure and aggression on Ferguson that he will have to figure out how to overcome of face the wrath of the undefeated Russian like many others before him. My prediction: Nurmagomedov wins via TKO in Round 2.

RASHAD “SUGA” EVANS (19-5-1) VS. DAN KELLY (12-1-0)
This is a three round fight in the middleweight division. Evans brings boxing, jiu-jitsu, and wrestling giving him knockout power and grappling control that lead him to become a former light heavyweight champion. Kelly brings some striking, judo and jiu-jitsu giving him striking power along with grappling control and cardio. As Evans looks to get a better run in the middleweight division I really don’t think he has a great matchup to try and get back on track as Kelly seems to be above what he is used to. Kelly’s combination of striking and jiu-jitsu just looks to be too much for Evans as he looks to be deteriorating lately while Kelly is still fresh. Unless Evans can somehow bring back the fighter he used to be I really don’t seem him standing much of a chance against the grappling and cardio of Kelly that will indeed prove to be Kelly’s two ultimate weapons in this fight. My prediction: Kelly wins via unanimous decision.

LANDO “GROOVY” VANNATA (9-1-0) VS. DAVID TEYMUR (5-1-0)
This is a three round fight in the lightweight division. Vannata brings striking, jiu-jitsu and wrestling giving him knockout power and grappling control that lead him to a near perfect record. Teymur brings Muay Thai giving him knockout power leading him to a near perfect record. In this fight are two fighters with great striking power, but with Vannata bringing a combination of jiu-jitsu and wrestling I don’t believe Teymur stands much of a chance as he is almost completely a striker. Unless Teymur can keep the fight on their feet and avoid every takedown I see Vannata taking this fight with almost mere ease. My prediction: Vannata wins via submission in Round 1.

#3 ALISTAIR “THE REEM” OVEREEM (41-15-0, 1 NC) VS. #8 MARK “THE SUPER SAMOAN” HUNT (12-10-1, 1 NC)
This is a three round fight in the heavyweight division. Overeem brings kickboxing, Muay Thai, judo, and jiu-jitsu giving him knockout power and hardcore grappling that lead him to be a former Strikeforce Heavyweight Champion. Hunt brings boxing, kickboxing, Muay Thai and wrestling that have made him the deadliest striker in the division. With both fighters having great striking that gives them massive knockout power this fight looks to be a battle of who has the tougher chin, but one thing to remember is Overeem contains great grappling techniques where Hunt lacks severely in that could mean the death of him in this fight. Unless Hunt manages to keep his takedown defense up in the fight I really don’t see him standing as much of a chance in this fight. My prediction: Overeem wins via submission in Round 2. 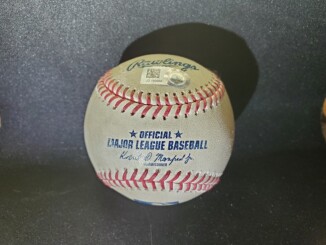 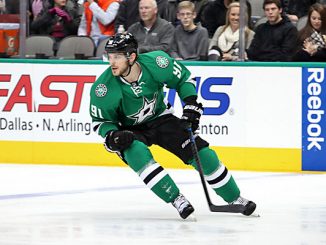 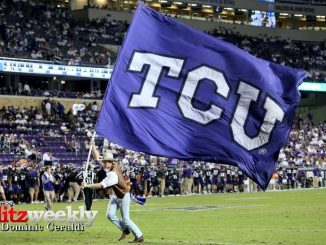