(C) MICHAEL “THE COUNT” BISPING (29-7-0) VS. #13 DAN “HENDO” HENDERSON (32-14-0)
This is five round fight for the UFC Middleweight Championship. This fight contains two great middleweight competitors that have faced each other before at UFC 100 with Dan Henderson wining by knockout at 3:20 in round two and now looks to make history repeat itself, but this time it will be for UFC gold. Bisping brings boxing, kickboxing, jiu-jitsu and wrestling that have made him one of the deadliest middleweight strikers in the sport as well as becoming the current Middleweight Champion. Henderson brings striking, jiu-jitsu and Olympic wrestling that have made him efficient in knockout power as well as having great cardio making him the last Strikeforce Middleweight Champion and last Pride Welterweight and Middleweight Champion. Since both fighters have great striking and a good combination of ground game the fight will come down to who uses their skills to the fullest and most accurate formation. With that being said I believe in this second round of both fighter’s meeting I say that the advantage goes to Bisping as he has shown great improvement from their first meeting as he increased his striking and grappling techniques since then and even beaten big names like the former Middleweight Champion Anderson Silva in a unanimous decision and avenging his loss against Luke Rockhold with a knockout in round one. In that case I really do not know if Henderson will be able to stand up to Bisping in this second fight; even though he has managed to keep to get two victories late in his career he has not been able to keep up with the rest of the division as the age aspect looks to be taking a toll on his body, which Bisping would take a huge advantage of and thus avenge yet another loss and prove to everyone why he is the best European athlete to compete in the sport of MMA. My prediction: Bisping wins via knockout in Round 1.

#7 GEGARD “THE FREAMCATCHER” MOUSASI (39-6-2) VS. #4 VITOR “THE PHENOM” BELFORT (25-12-0)
This is a three round fight in the middleweight division. Mousasi brings boxing, kickboxing and judo leading him to finish 32 of his 39 victories by knockout or submission. Belfort brings boxing, kickboxing, Muay Thai, judo and jiu-jitsu giving him 18 of his 25 victories by knockout. With both fighters containing their own style of striking and have held many victories by knockout the key factor in this fight will most likely come down to the better use of ground game. In that case the fight will be in great favor of Mousasi with well-rounded judo that has given him 12 victories by submission and could prove to be more that Belfort can handle as he is not well equipped on the ground and seems to be a primary weakness of his. Though if Belfort managed to keep the fight on their feet and try to pressure Mousasi he could possibly find an opening to a possible knockout or TKO and thus get him back in the running for a title fight. However, Mousasi will be putting pressure on Belfort as well and they only real way I see Belfort walking away victorious is to find a quick finish before he wears down too much that Mousasi will put him away and finally get back into title contention. My prediction: Mousasi wins via submission in Round 2.

#14 STEFAN “SKYSCRAPER” STRUVE (27-8-0) VS. DANIEL OMIELANCZUK (19-5-1, 1 NC)
This is a three round fight in the heavyweight division. Struve brings kickboxing and jiu-jitsu that have given him 24 wins by knockout or submission. Omielanczuk brings kickboxing, karate and Muay Thai giving him great striking power as well standing control. With these two heavy hitters of the heavyweight division this fight will be decided on who hits the hardest and contains the stronger chin to withstand every strike thrown at him. In that case I believe Struve will surely be the victor all due to his impressive striking power and ability to pressure his opponents that appears to be much more than Omielanczuk will be able to handle. Even Struve’s big reach advantage that he could put to great use as he could stand farther away from Omielanczuk as he lands strikes to help him stay out of the striking distance of Omielanczuk. Though he will also have to overcome the aggression of Omielanczuk, which could be the downfall to Struve trying to take advantage of this fight as he is not really as aggressive as many other heavyweights are and Omielanczuk will surely be laying down the aggression upon him as he plans to work his way up the leader board. My prediction: Struve wins via knockout in Round 1. 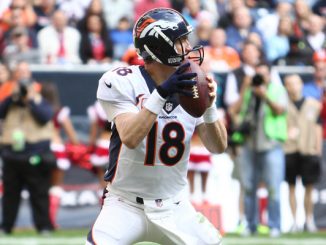 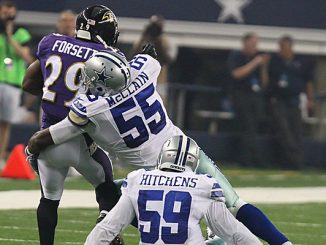 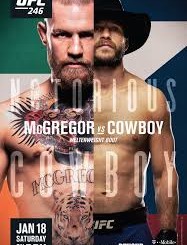