(C) ROBBIE “RUTHLESS” LAWLER (26-10-0, 1 NC) vs. #4 CARLOS “THE NATURAL BORN KILLER” CONDIT (30-8-0)
This is a five round main event for the UFC Welterweight Championship. In this fight are two top dogs in the welterweight division that are about to go head-to-head for the first time to see who really has the skill set to be the champion. Lawler brings striking power, intense speed and wrestling that have helped him turn his career completely around to where he has finished most of his opponents due to his deadly striking and became the first person to ever win a title by split decision. Condit brings boxing, kickboxing, jiu-jitsu and wrestling that has helped him become skilled with both knockout power and grappling techniques making him deadly on both feet and ground. This fight seems to be pretty even with the possibility of being labeled as the “Fight of the Night”, but what will be the key factor is who has the stronger chin and better ground game and Lawler looks to have both those. However, he has not faced someone as well-rounded on the ground as Condit. If the fight went to the ground Condit could surprise Lawler with a few grappling techniques that would find him in a world of trouble and labeled as the former champion. Though Condit has never faced anyone as aggressive as Lawler is and if he does not keep his defense up then he will find himself lying on the ground not ever knowing what hit him. My prediction: Lawler wins via knockout in Round 4.

#3 STIPE MIOCIC (13-2-0) vs. #2 ANDREI “PIT BULL” ARLOVSKI (25-10-0, 1 NC)
This is a three round fight in the heavyweight division. In this fight are two fighters that are at the top of the leader board and are looking to make a huge statement on why the winner of this bout deserves the winner of the Werdum vs. Velasquez rematch scheduled on February 6th at UFC 196. Miocic brings a great combination of boxing and wrestling that has helped him rise to the top in a short time and even defeated many big names making him a huge favorite to become heavyweight champion some day. Arlovski brings sambo, jiu-jitsu, kickboxing and powerful striking that has lead him to many great victories as well as being the first person to ever knockout Roy Nelson and even being the former UFC Heavyweight Champion. With this fight being between two heavy hitters this fight looks to be more of a standup fight rather than a ground game. If Miocic uses his wrestling to his full advantage then he could cause some serious damage to Arlovski and even wear him down to the point that he will not be able to continue. Though Miocic has faced a few heavy hitters like Junior dos Santos and Mark Hunt he has never faced a guy like Arlovski who also combines aggressiveness with his striking making him that much more deadly and possibly the man that could defeat both Werdum and Velasquez in any given fight. After all, he has defeated Werdum once so I am sure people would love to try and see him do it again. My prediction: Miocic wins via unanimous decision.

LORENZ “THE MONSOON” LARKIN (16-4-0, 1 NC) vs. ALBERT “EINSTEIN” TUMENOV (16-2-0)
This is a three round fight in the welterweight division. In this fight are two fighters nowhere near the top rankings in the leader board and in this fight they plan to show why they deserve a place in the UFC and that they want to face upper opponents to show who they really are as athletes. Larkin brings boxing and jiu-jitsu that has helped him become well sustained in cardio and knockout power making him a deadly striker for not being at the top of the leader board. Tumenov brings boxing and kickboxing that has helped him become a deadly striker to where he won eleven of his sixteen victories by knockout. Since both fighters have great striking it looks to be another standup fight, but if Larkin uses his jiu-jitsu he could bring the fight to the ground were Tumenov is not that well-rounded in and get a submission win or gas him to where he wins via a TKO. Though Tumenov possesses deadly knockout power that Larkin will have to be very cautious about because Tumenov will not be throwing soft strikes in this fight as he plans to be rough and wants to finish the fight to show why he is in the UFC. My prediction: Tumenov wins via knockout in Round 1. 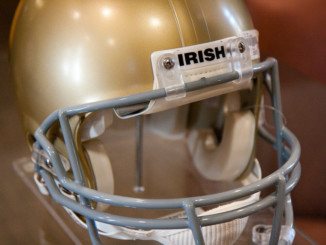 Where does the luck of the Irish come from? 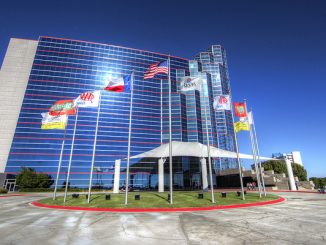